When I saw that the Doraemon x Murakami t-shirts are launching in store in Toronto on May 24, I was sooooo excited and determined to get them. I woke up at 8am and left my house by 8:45am and got to the store at around 9:30am and there was already a lineup forming. I was lucky enough to have made it in the middle of the line before it got really long and I was part of the first set of customers to get inside once the store opened. 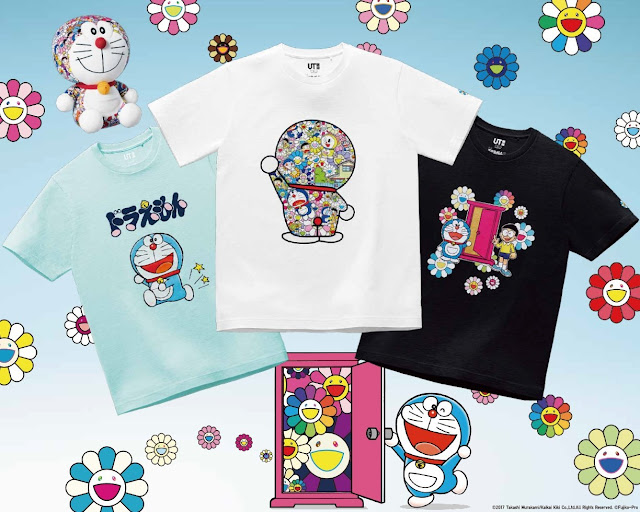 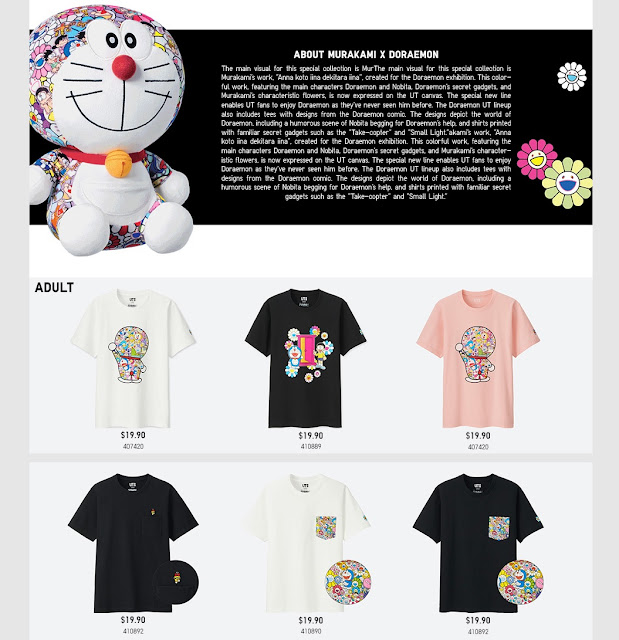 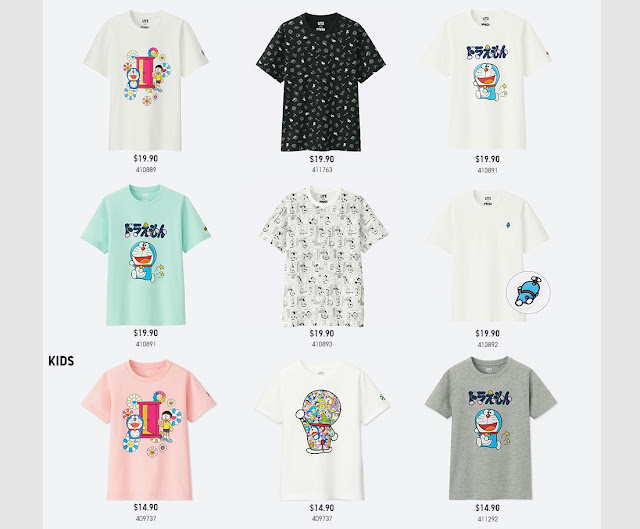 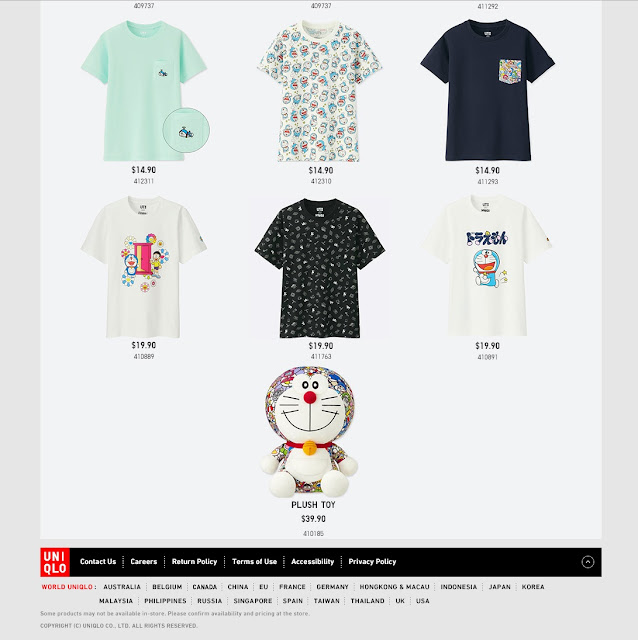 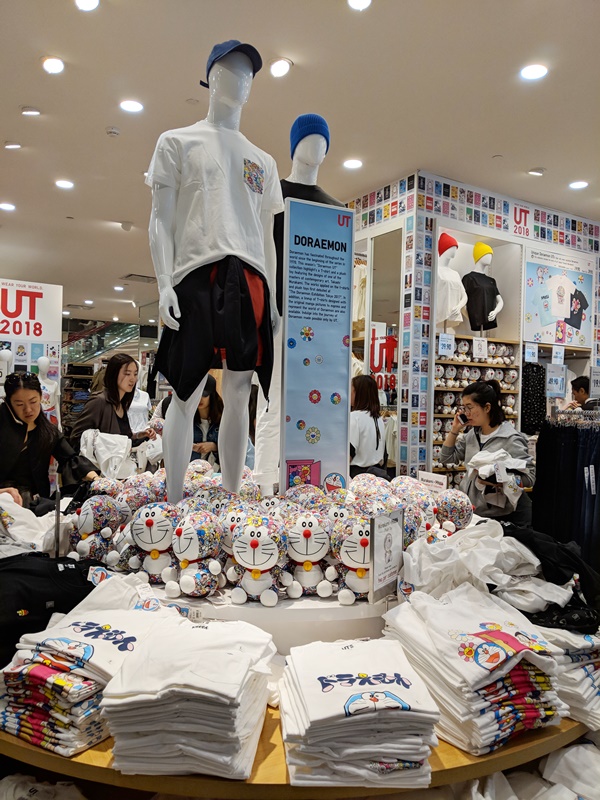 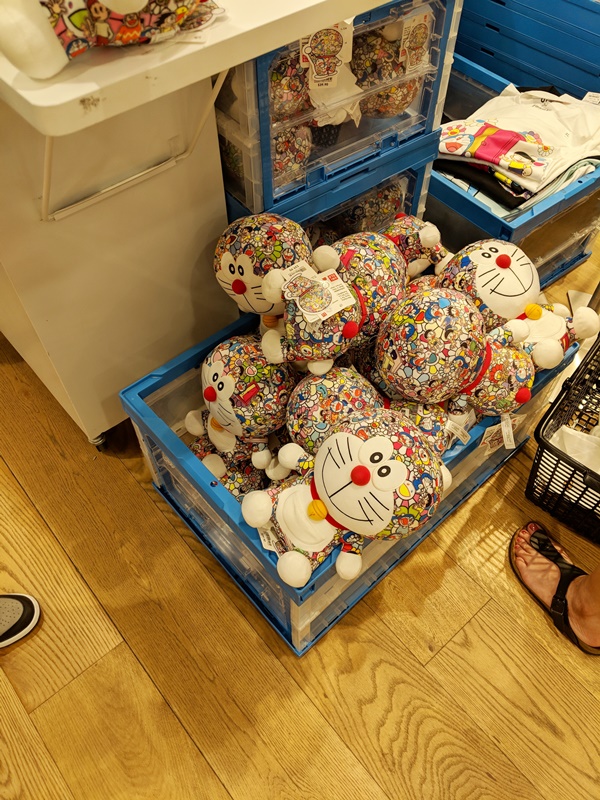 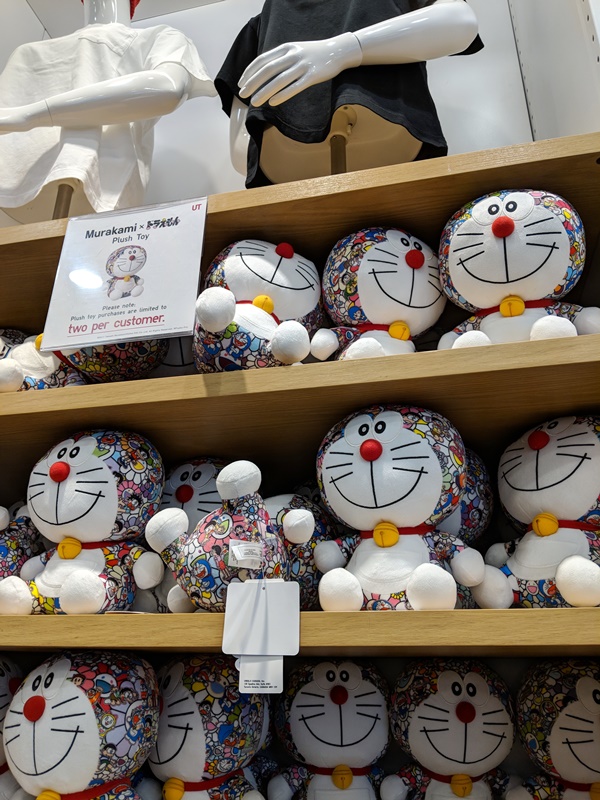 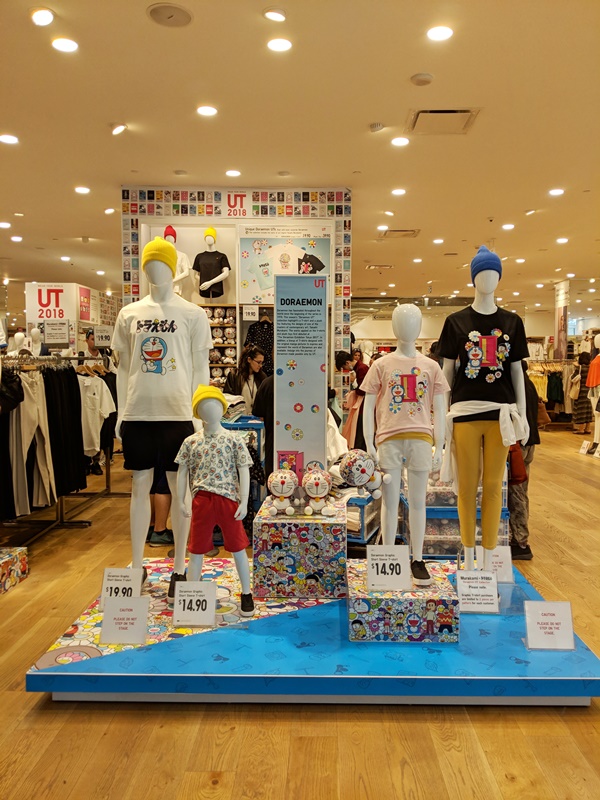 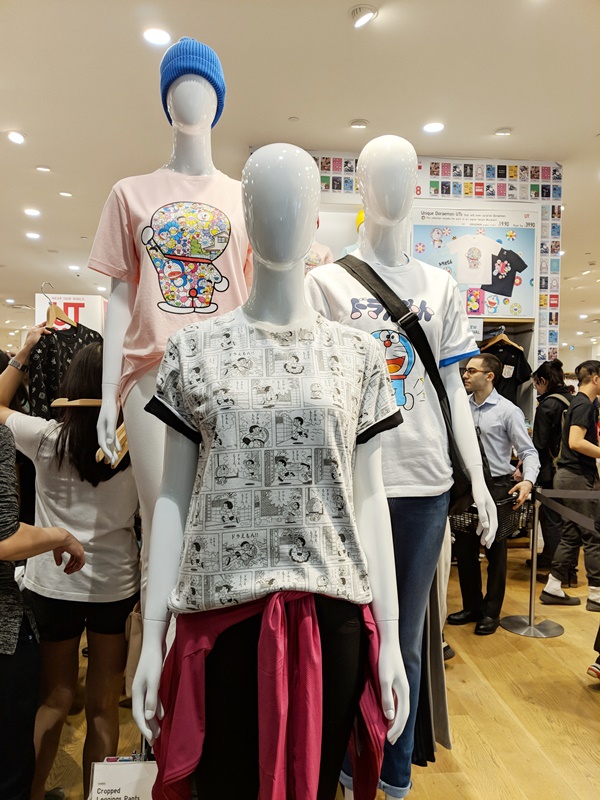 But even then it was still a CRAZY MADNESS in there. As soon as they opened the doors to let people go inside, everyone just charged in and ran to the table and starting grabbing every t-shirt they could get. I almost died fighting through the massive crowd of people to get the t-shirts I wanted. I managed to get everything that I wanted except for one t-shirt that didn't have any small sizes left. There was also a limit to how many t-shirts you could buy. Each person is limited to buy 2 of the same t-shirt of the same pattern or 2 of the same t-shirt in 2 different colours only. Even the plush toy was limited to 2 per customer. 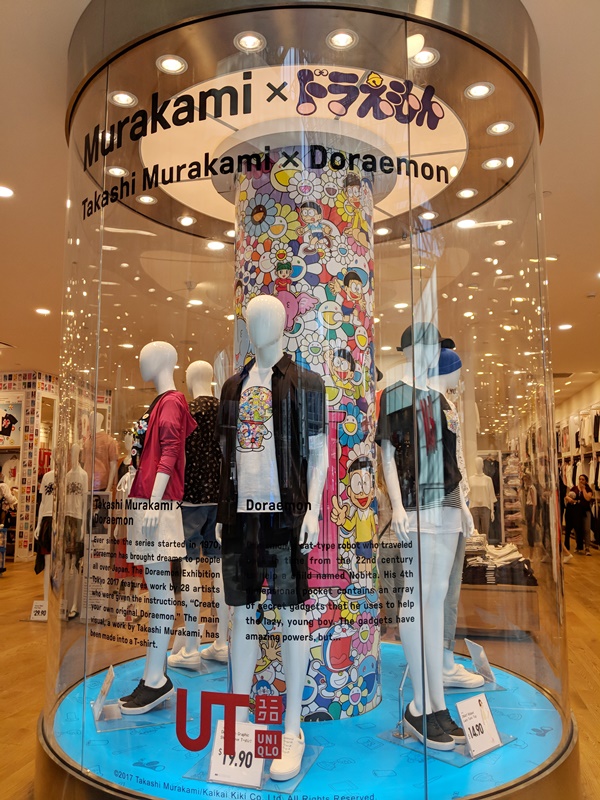 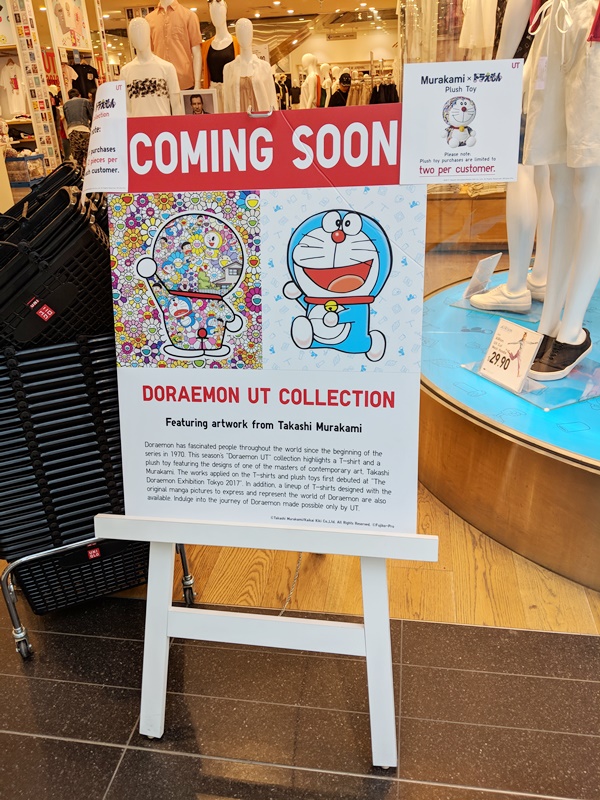 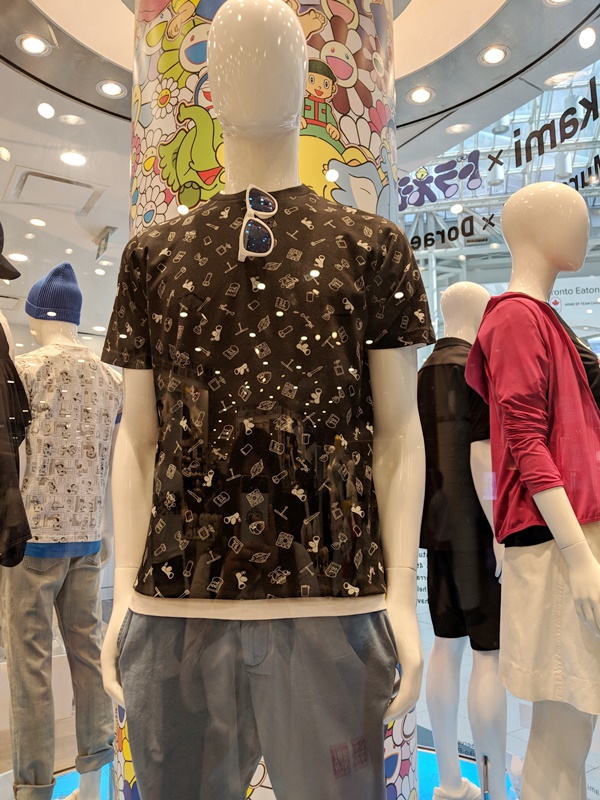 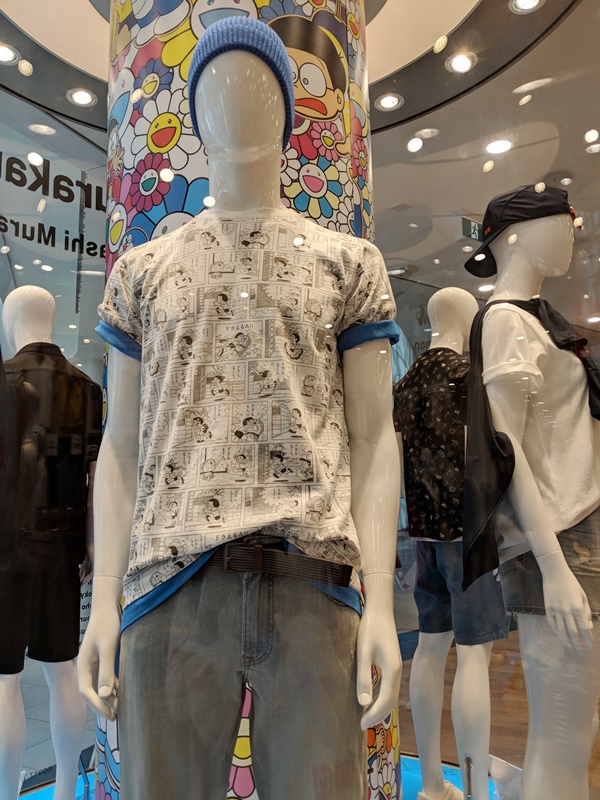 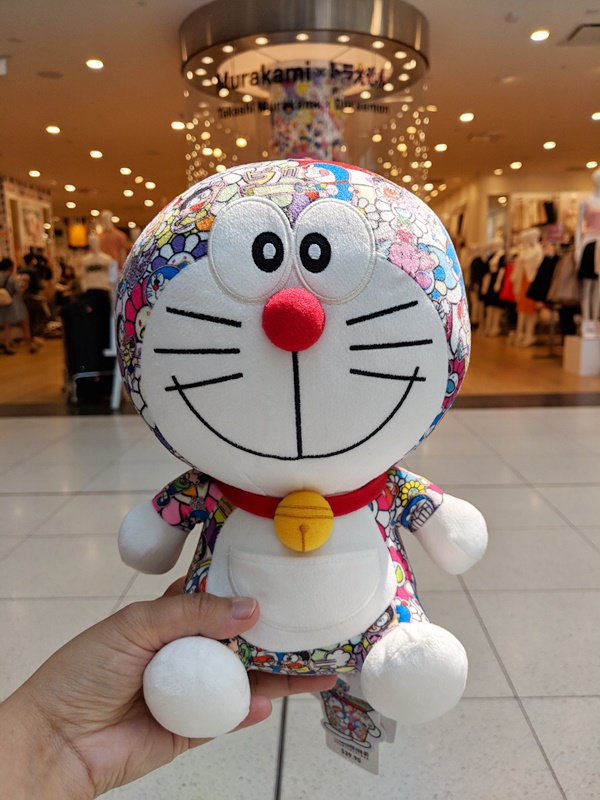 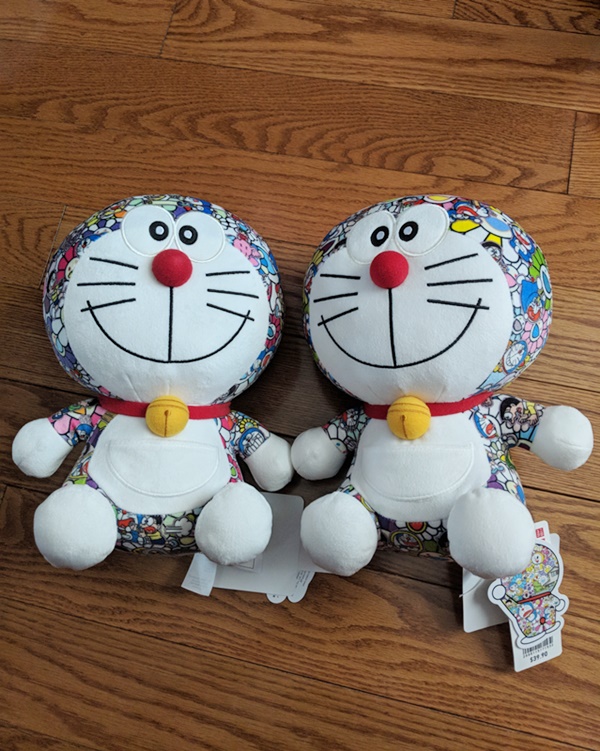 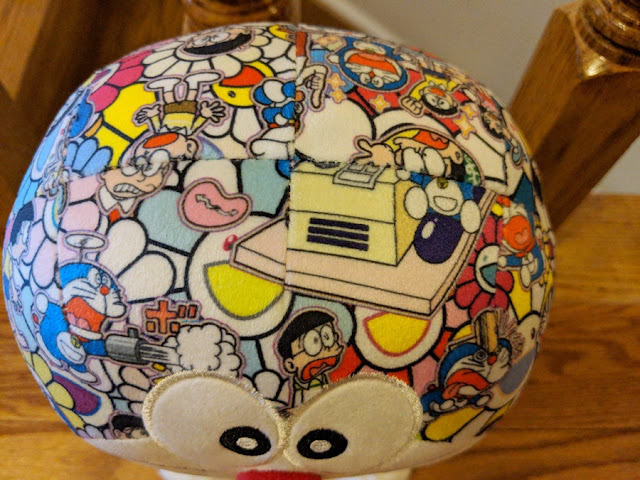 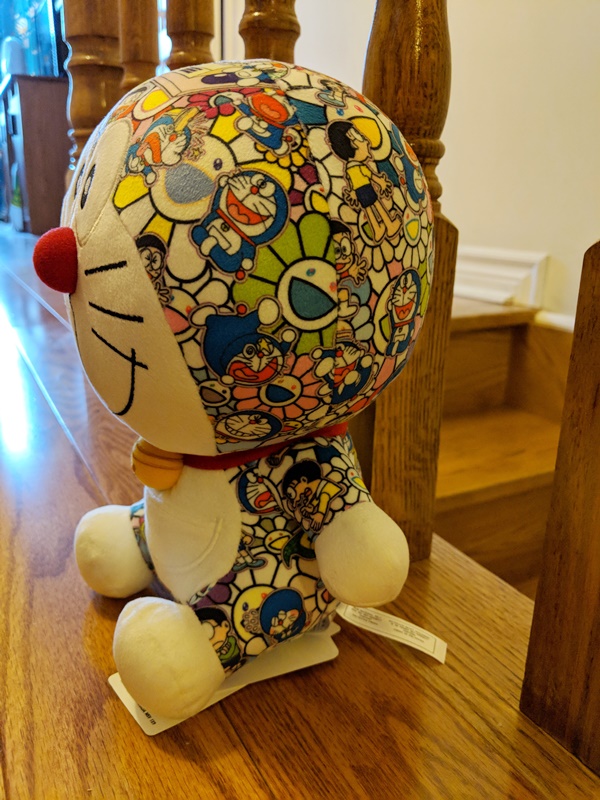 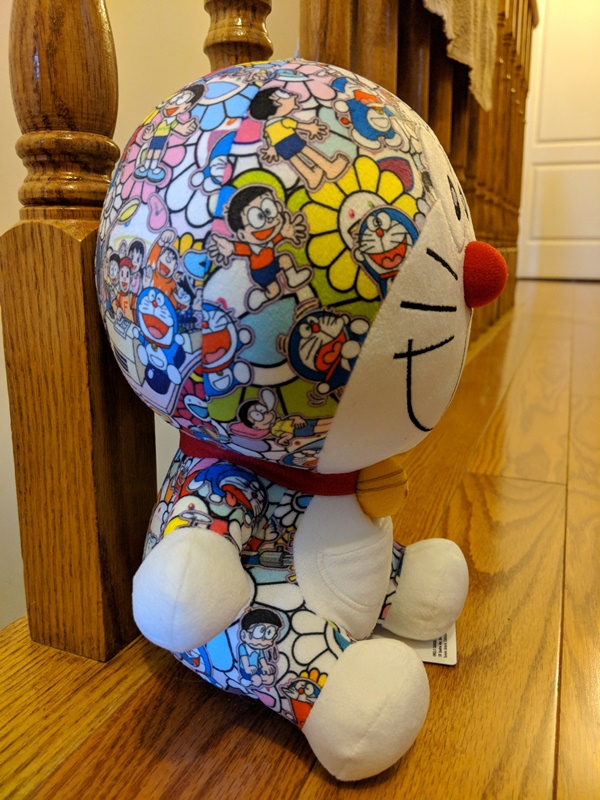 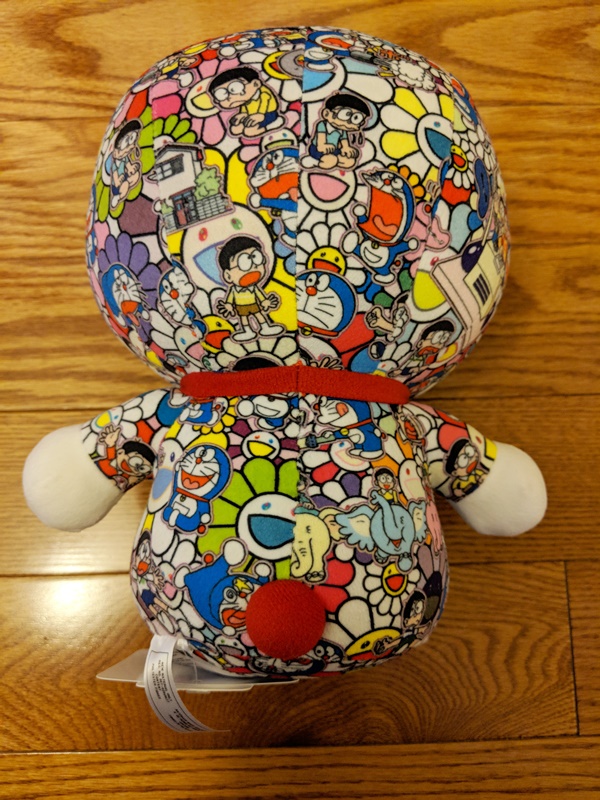 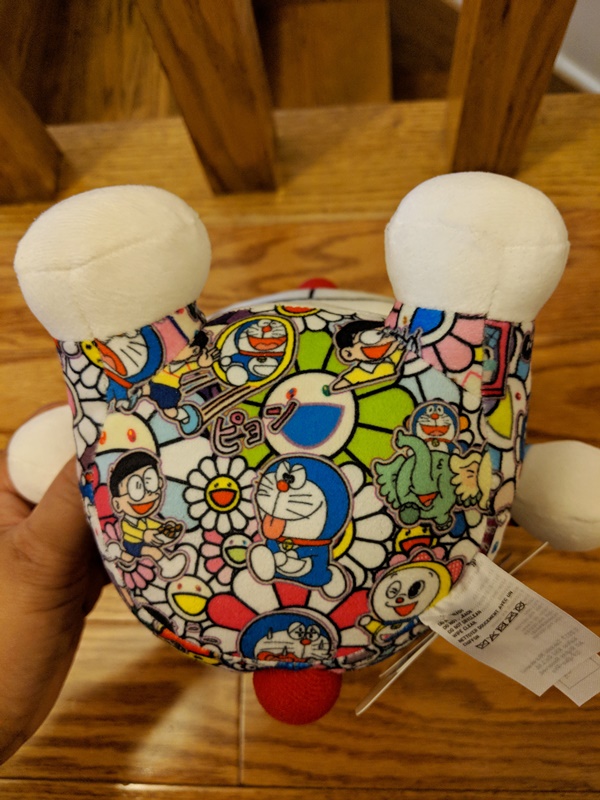 This Doraemon plush toy is a limited edition as they each one have different pictures of Doraemon and the Doraemon characters on them. I took like 6 different ones and moved to a corner of the store to examine each one carefully to pick out the best one with the perfectly shaped size and the pictures I wanted. AHHH HE IS SOOOO CUTE!!!
₍₍ ( ๑॔˃̶◡ ˂̶๑॓)◞♡ 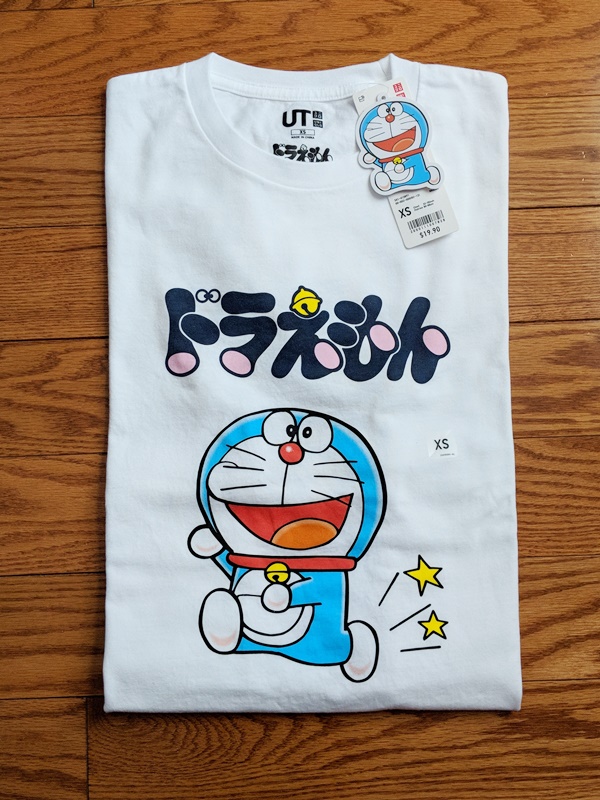 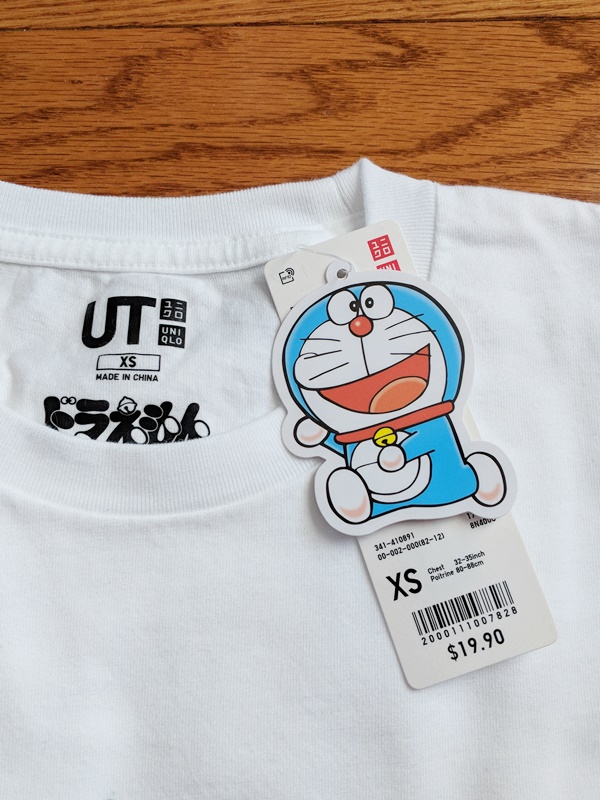 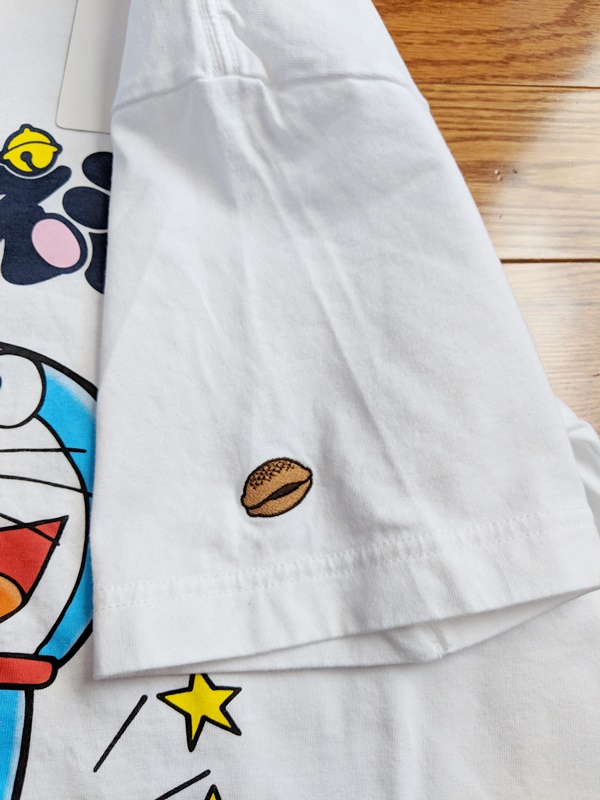 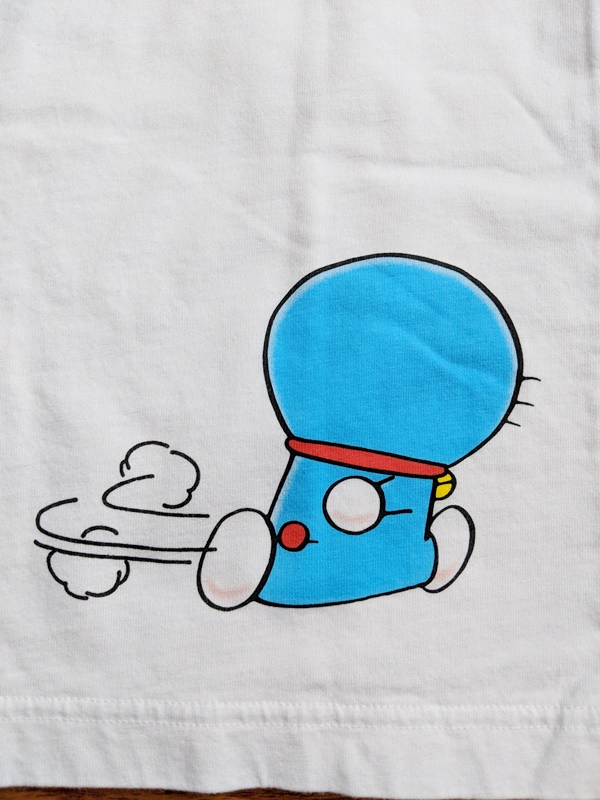 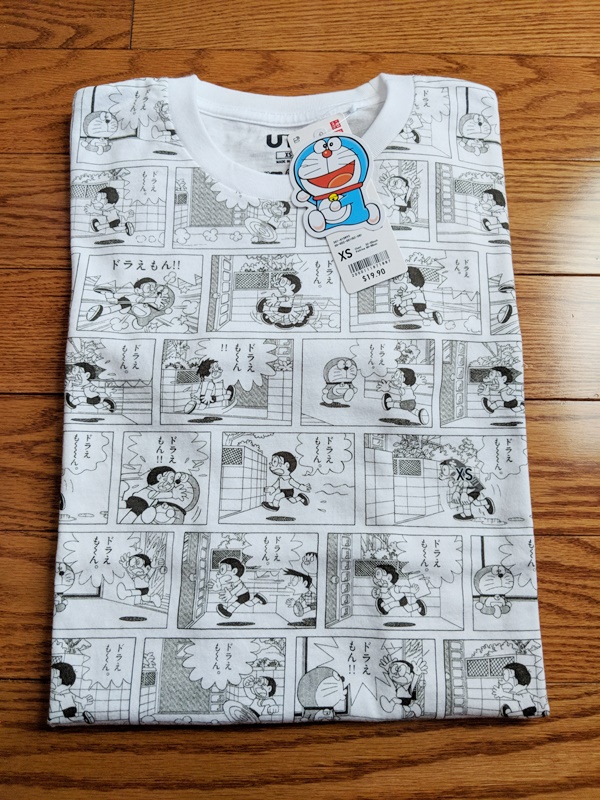 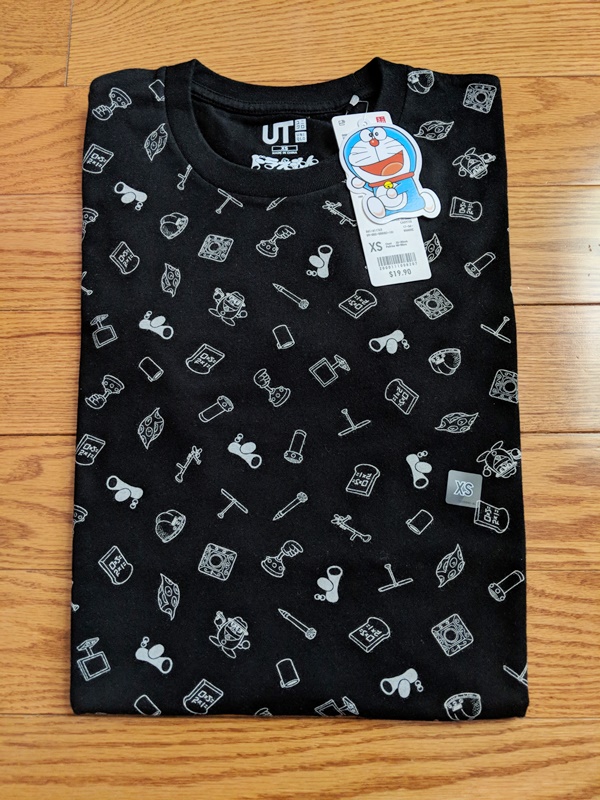 I also picked up these cute t-shirts. Got the standard Doraemon t-shirt which actually has a cute picture at the back of the t-shirt as well as his favourite food dorayaki on one side of the sleeves. I also really like the comic t-shirt and the black one with the gadgets because they look cool and stylish and can be worn as a everyday t-shirt and not look childish, lol.

I also recently went to the store a few days after and there was already no more t-shirts left and not even a single plush toy!! (´⊙o⊙`；) I asked a sales associate and he said they will be restocking in June...dunno when in June. But I don't think I'd be going back to the store to get more t-shirts.
Posted by sweet_honeydew at 11:33 AM