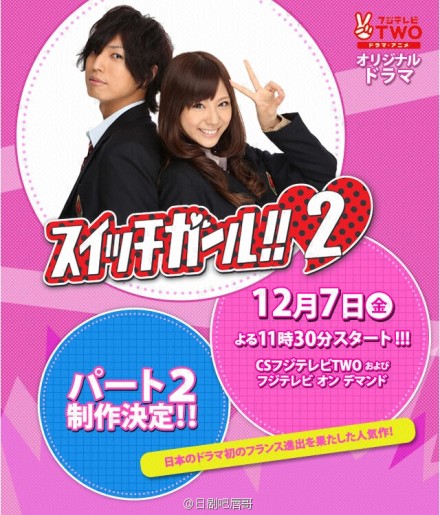 So while I was sick on the weekend for the past couple of weeks, I watched the new winter drama Switch Girl Season 2 that has just finished airing in Japan last month. I watched the first season last summer and I'd highly recommend this drama if you want something funny with a bit of romance to watch. I guarantee you that you will not be disappointed. The story plot is hilarious and cute and the love chemistry between the two main characters is absolutely so sweet! ♥

Synopsis: The drama is based on a manga adaption that revolves around a high school student named Nika who appears to be a stylish and fashionable girl at school, but that's really a fake persona that she uses when she's in public. At home, she “switches off” the facade and returns to her true slovenly nature in which she turns into a complete different person. She's really sloppy, messy, lazy, wears ugly cat jersey, eats like a pig, scratches her butt all the time, farts and goes out to the grocery store to fight for cheap food. Basically she's everything what she's not when in public at school. One day she meets a really good-looking transfer student named Arata who also happen to live in the same apartment as her. He discovered her "switched off" identity but he doesn't seem to be too bothered by it. The transfer student also has a "switch on" mode in which he looks like a complete unattractive geek with big round glasses to disguise his good looks in school. But once he's off school, he switches off to his good-looking self without glasses. So in a way they are both somewhat similar and eventually they fall in love with each other.

The main character really reminds me a lot of myself and I think many other girls can probably relate to her or maybe not. I always try to "appear" to be stylish and fashionable whenever I am out but at home I am a complete mess! Sometimes I don't even bother to comb my hair and I just leave it as it is if I'm going to be home all day. Too lazy to care, lol! I'm pretty glad that nobody really comes to visit my house all that often because I pretty much look like a hobo who hasn't shaved or washed her hair for weeks when I'm at home. LOL! I'm not even kidding. I'd be ashamed to show myself in my complete "off mode" at home, hahaha. XD

Some screencaps of some of my favourite scenes from Season 2. 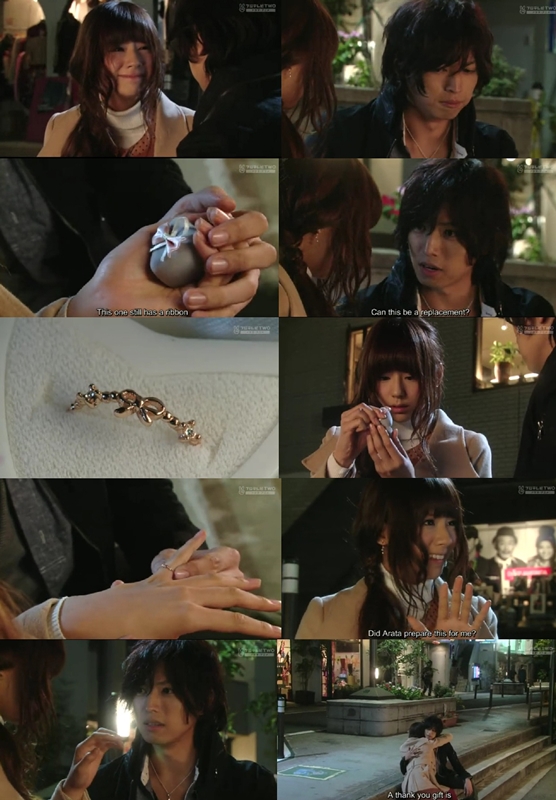 Nika and Arata on a sweet sweet love date where Arata gives her a cute gold bow ring. Isn't it just the cutest gift ever?! Pffft. Who wants a diamond ring when you can get a cute simple ring like that. I'd choose a cute ring over some big diamond ring any day!! I'm not much of a diamond girl when it comes to rings. =P 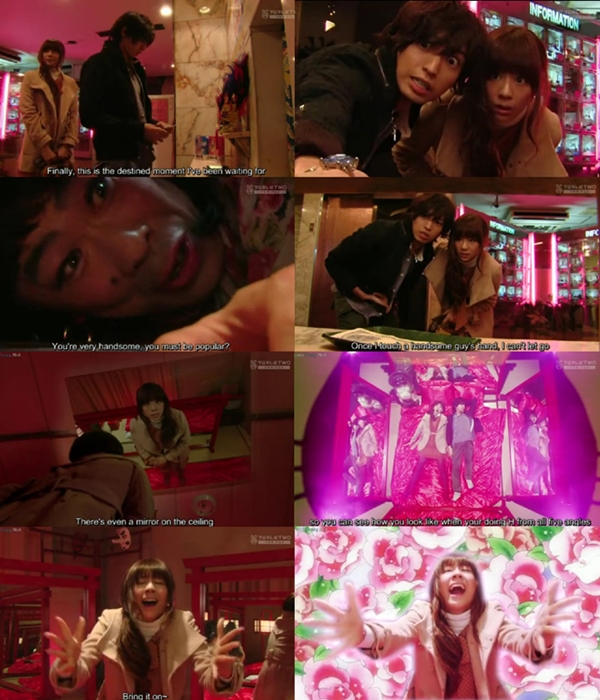 Next they go to a love hotel where Nika wants to spend a "romantic" date with you know what... *coughsexcough* lol. She's fantasizing about sex in the last two screencaps and her expression is just hilarious! XD 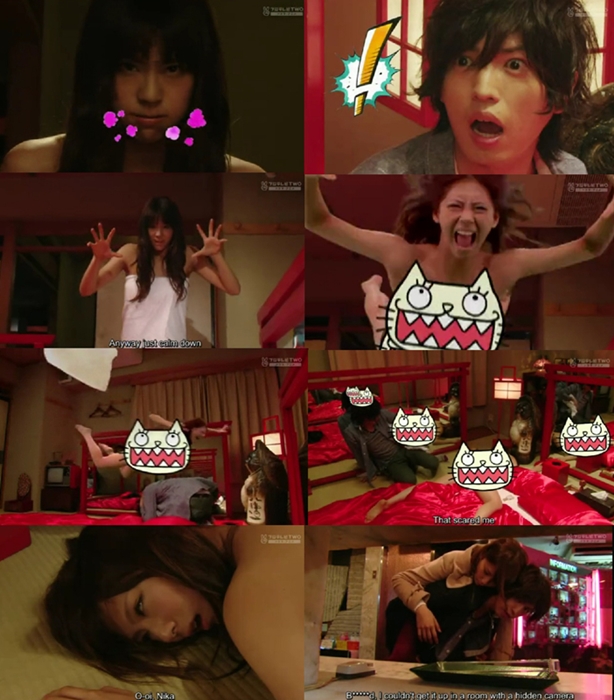 Oh and this scene is just so much epic goodness on its own. You will just have to watch the drama to find out what it's all about. XD

In my opinion, season 2 is a lot more hilarious than the first season with a lot of more epic hilarious scenes, lol. I finished watching the whole season (all 8 episodes) in a day! That's just how good the show was. Although each episode is actually really short, only about 30 minutes per episode.

You can watch both Season 1 and Season 2 on dramacrazy.net with English subtitles.
Posted by sweet_honeydew at 5:56 PM