I was working on a special project late for work and my manager said that I could order dinner and expense it so I decided to try this new ramen place opened nearby my house at Liberty Village on King Street East. I pass by it every morning during my ride to work and always wondered about the restaurant so I decided to google it up. 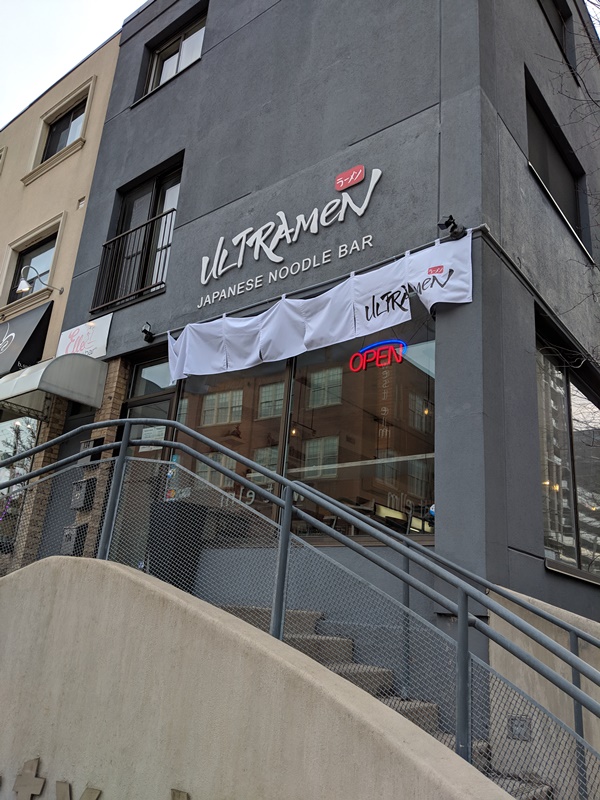 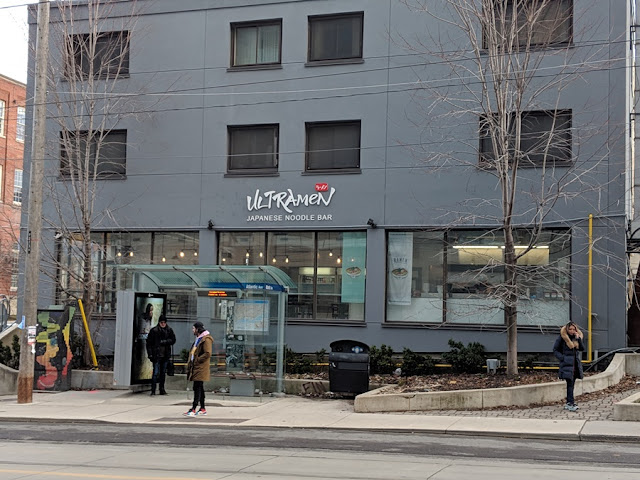 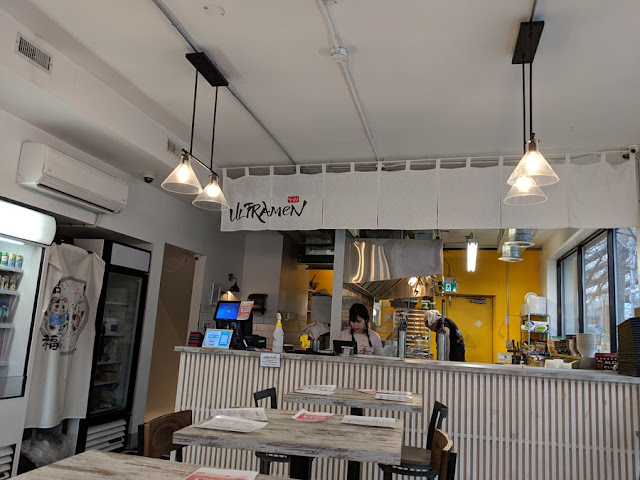 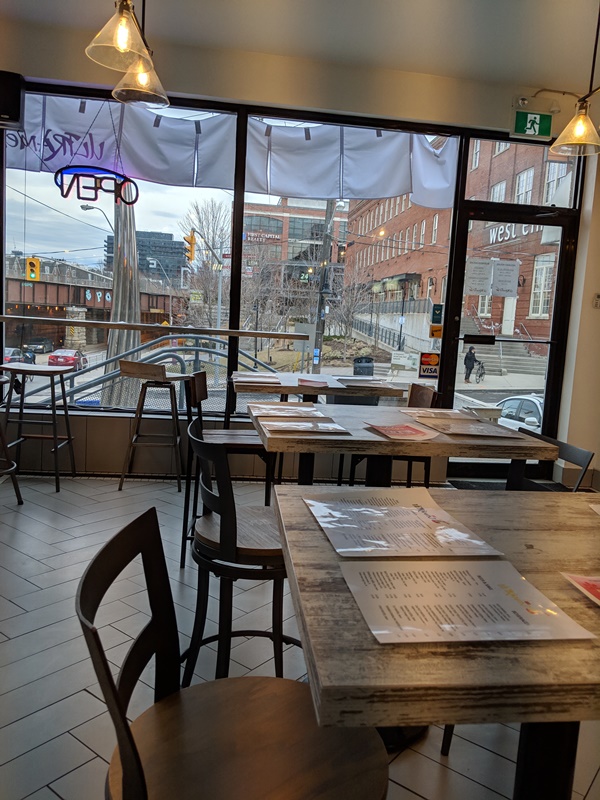 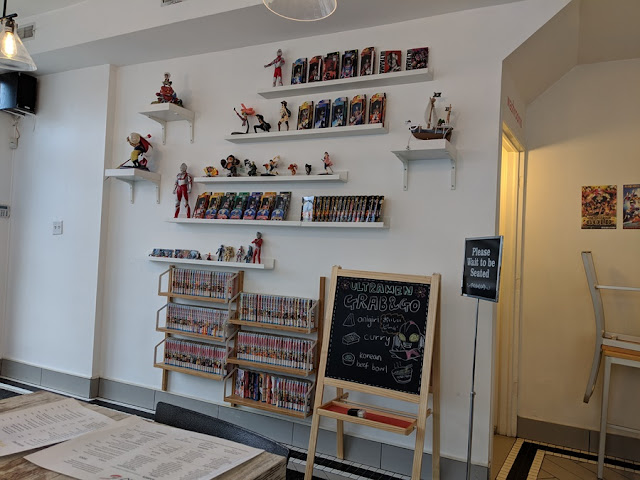 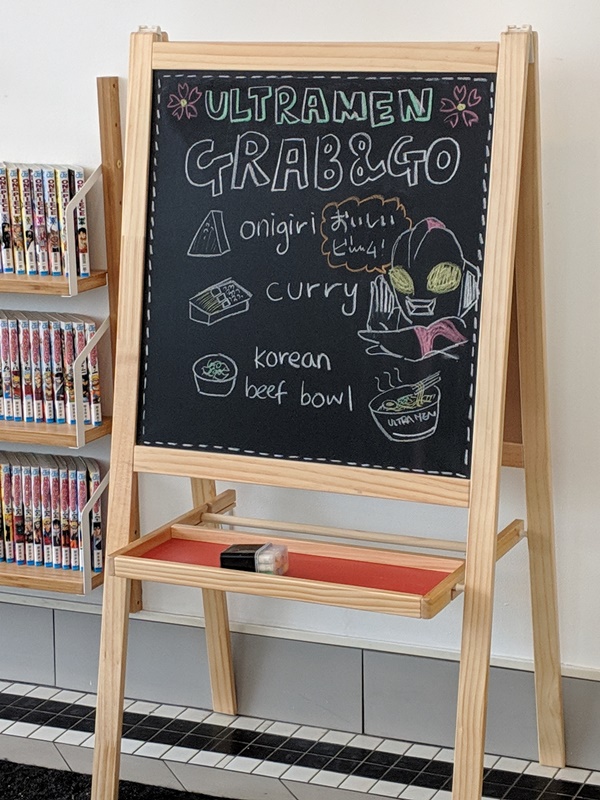 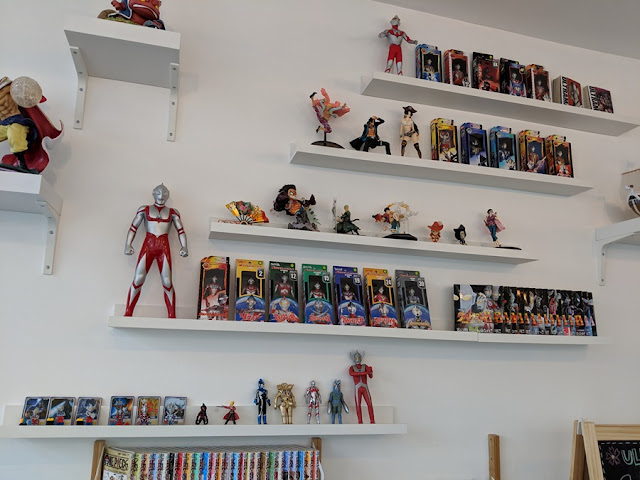 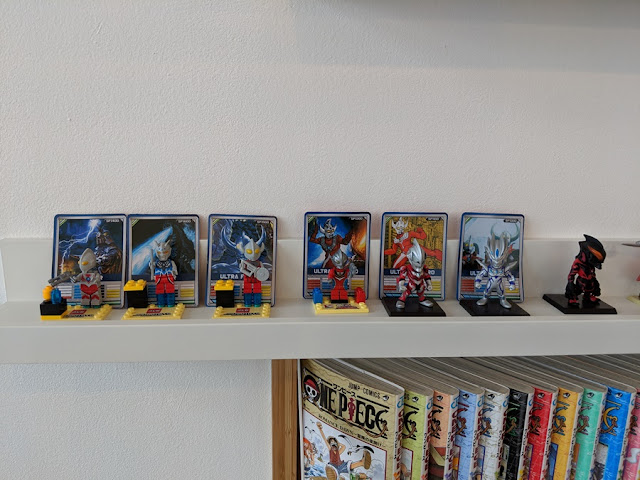 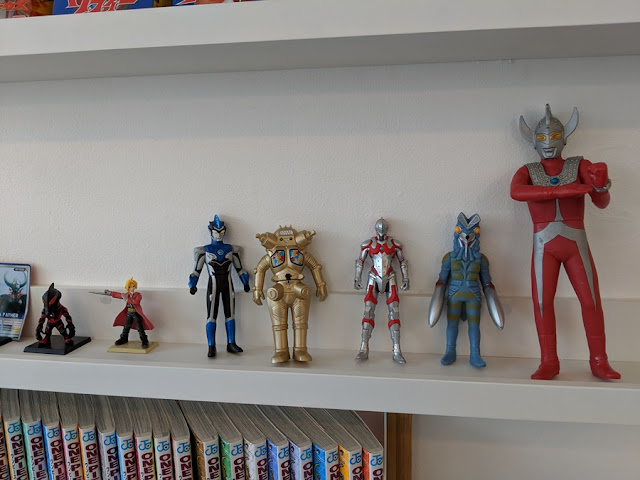 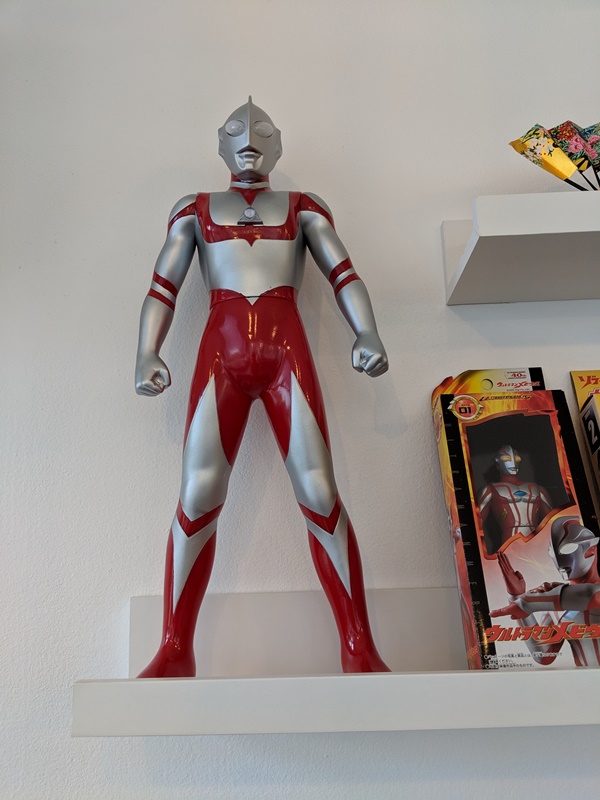 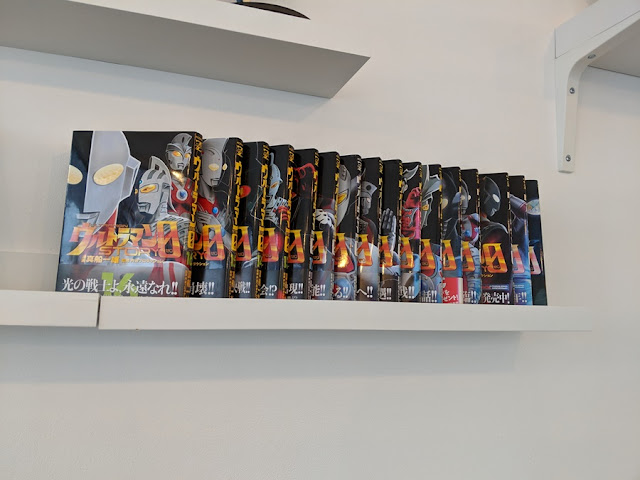 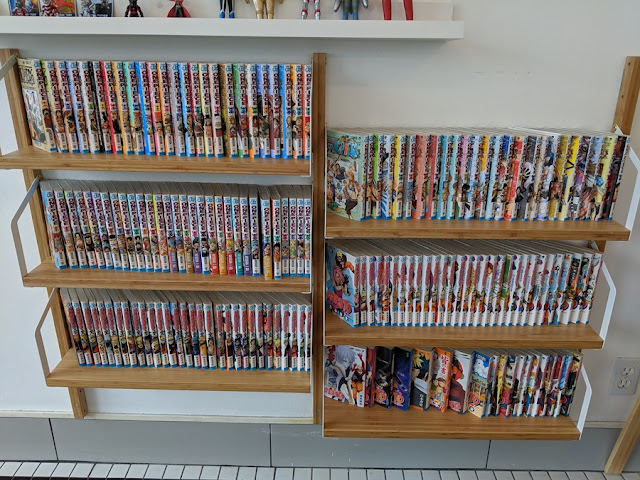 What makes this place a unique is that it is actually a restaurant named after the famous Japanese anime Ultraman that is popular back in the 80's. Inside the restaurant there are displays of Ultraman mini figurines as well as some other random Japanese anime figures such as Onepiece and Full Metal Alchemist. There also mangas such as Naruto and Onepiece. It would be quite nostaglic if you are fan of these animes. However, the food is a total different topic. If you are here for the food, I recommend not coming as it is quite disappointing. 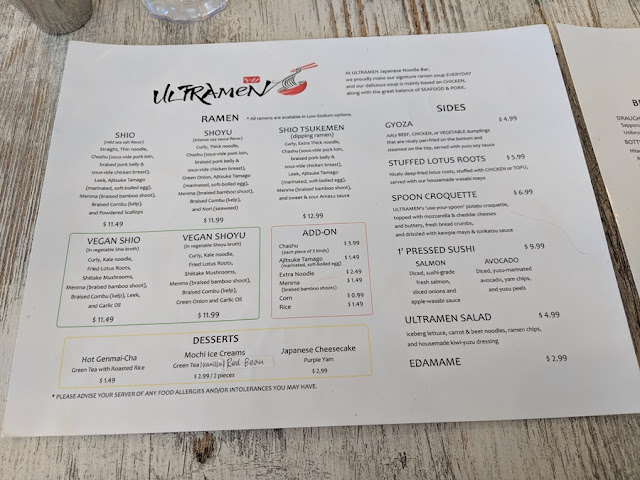 The menu is quite limited and simple with only 3 types of meat ramen and two veggie options. I got the shoyu ramen with gyoza. 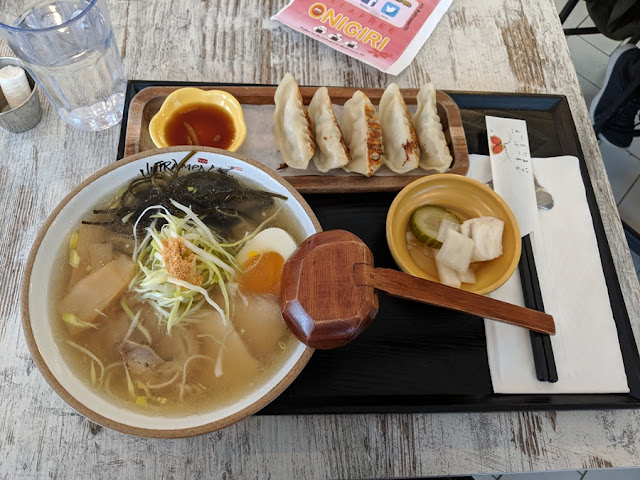 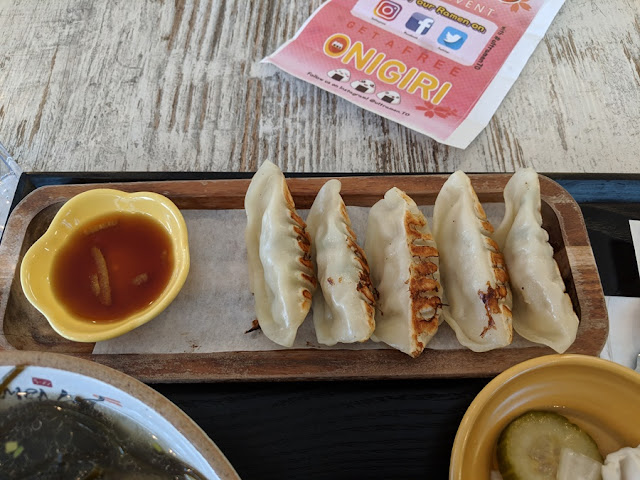 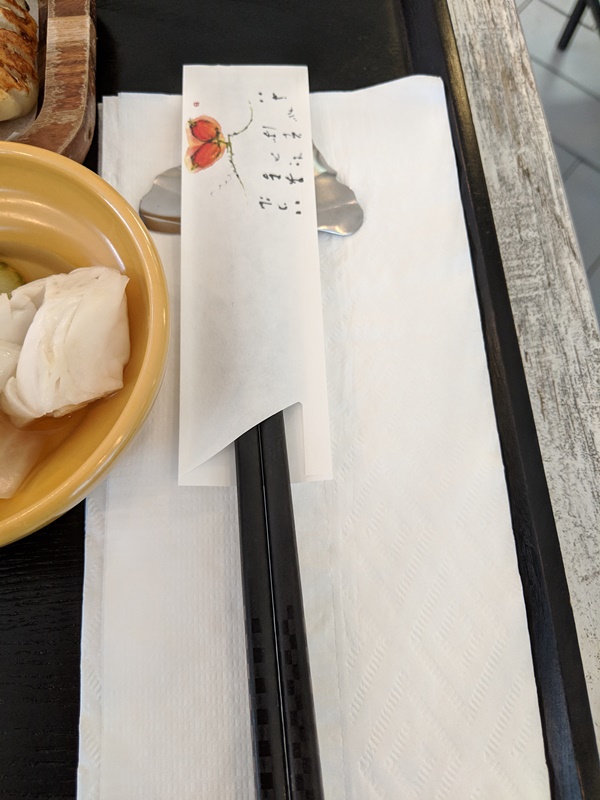 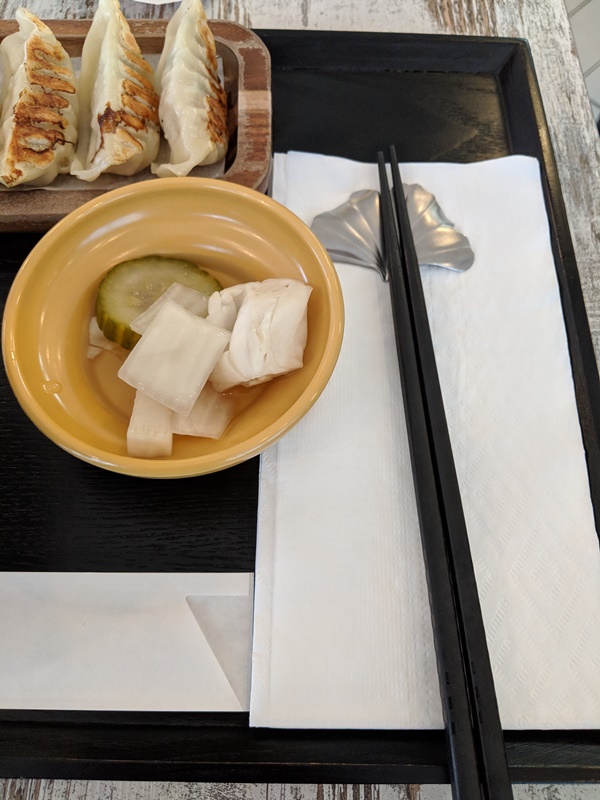 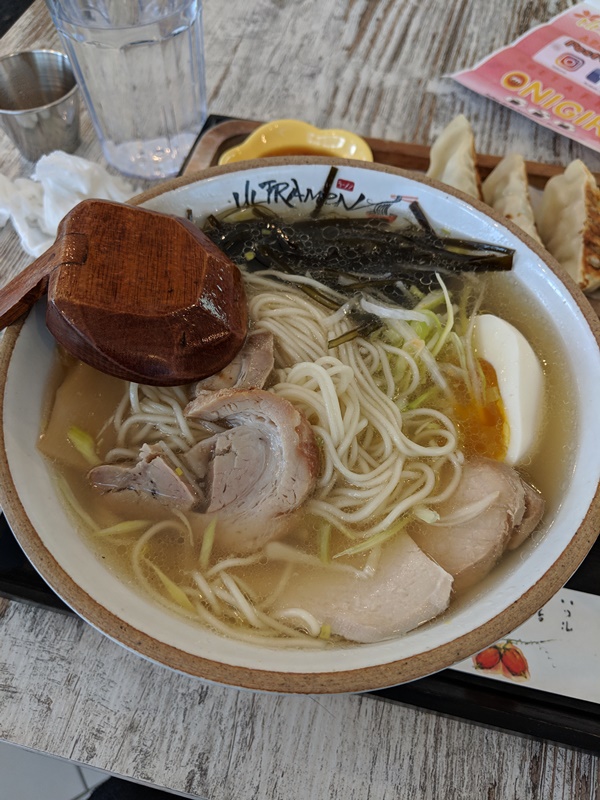 This was by far the WORST ramen I have ever tasted in my life. The soup broth was so salty. The ramen tasted cold and hard and looked like it was cooked the night before. It also had the home cooked "instant ramen" style. I mean I can make better ramen than this at home myself. The ramen was nothing special at all so I won't even see myself coming back to it ever again. The sad part is that this place is actually owned by Japanese people and even the cook were Japanese. I don't know how the ramen turned out to be such a low quality disappointment. 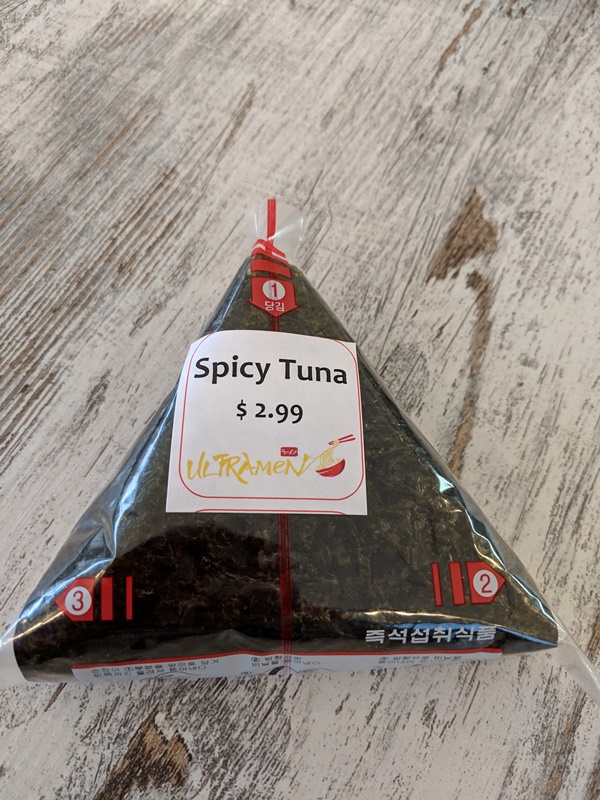 They had this event where you if you post their pictures on social media and show it to the staff then you get a free onigiri. So I decided to get one since the ramen was such a disappointment.

Overall I wouldn't recommend coming here for the ramen and you can most likely find better ramen elsewhere.