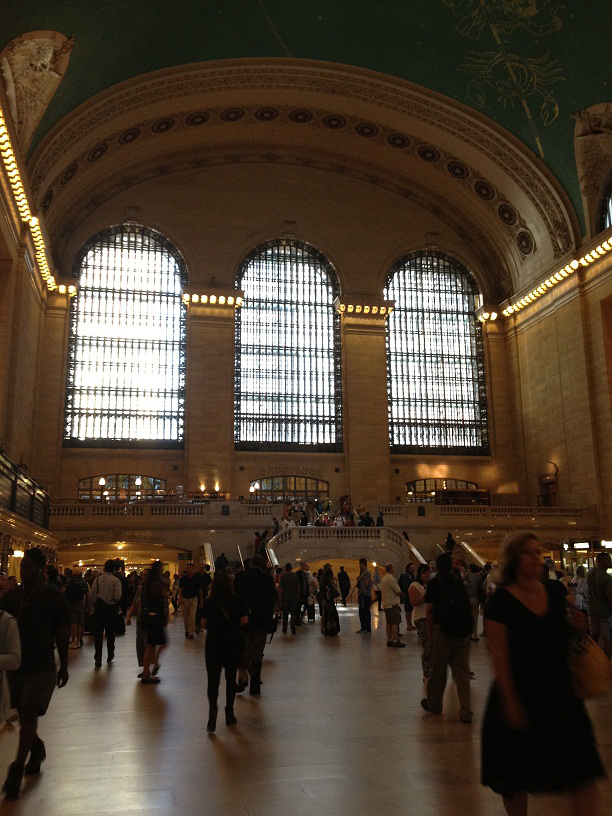 Grand Central Station was the first place we went to after we arrived in New York. We took a shuttle bus to the station from the air port and then we took a taxi to our hotel from there. The most beautiful subway station I've ever seen. I wish we could have stayed at the station longer though, we were only there briefly for 5 minutes because we had to get to our hotel and drop off all our luggage. 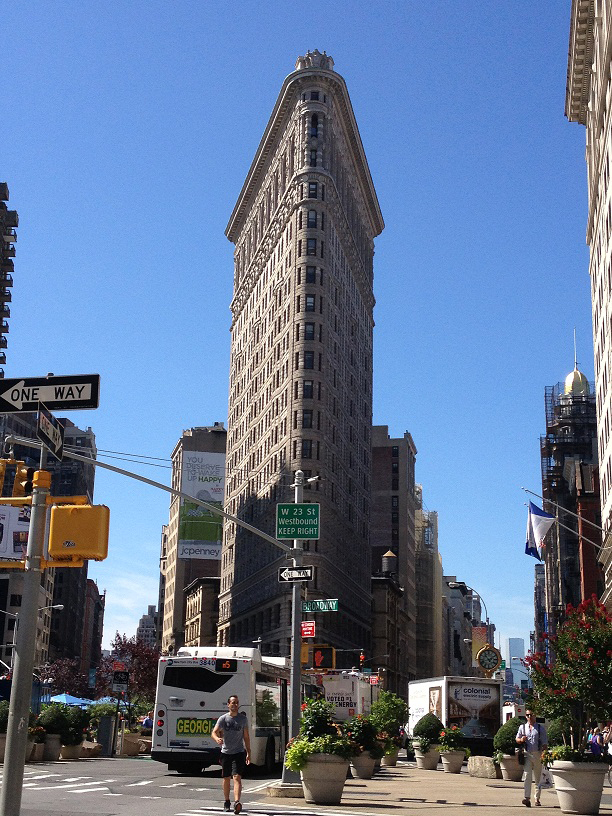 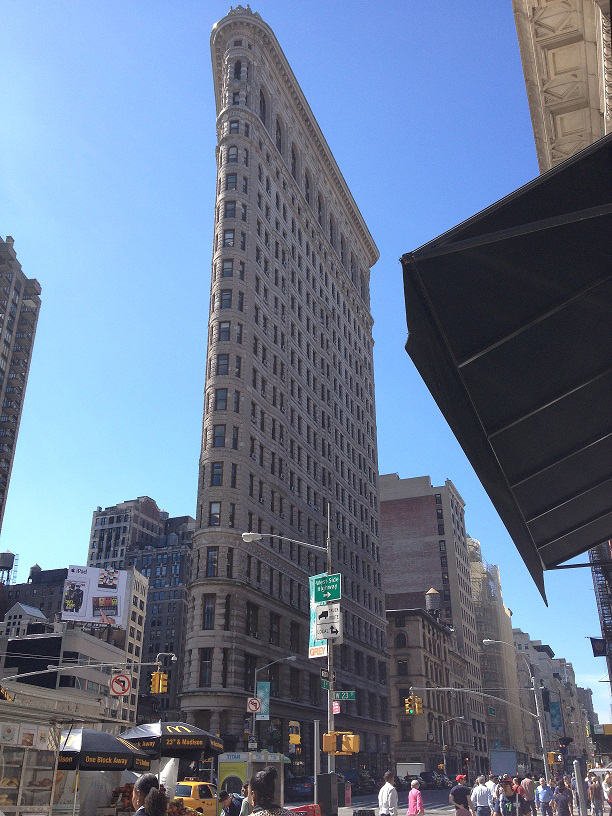 The flatiron building in Manhattan. After we dropped off our luggage at the hotel, we decided to roam around the city and shop for a bit before we catch our boat cruise around Manhattan and see the statue of the liberty. This building reminds me of the one we have in Toronto at Front Street. 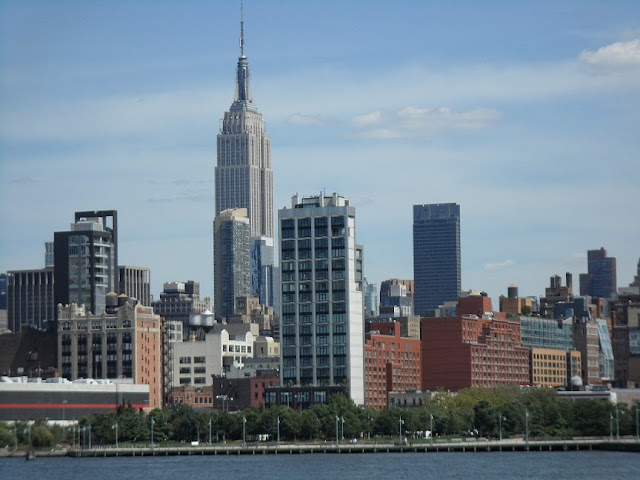 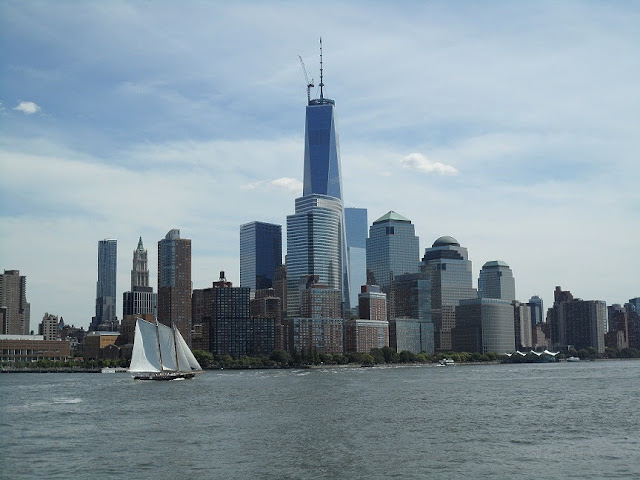 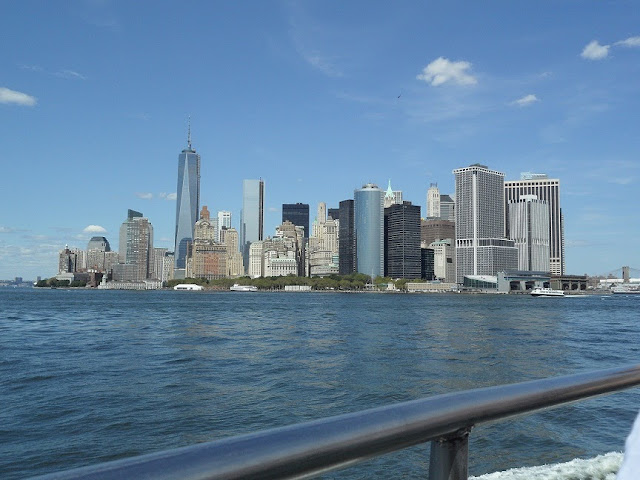 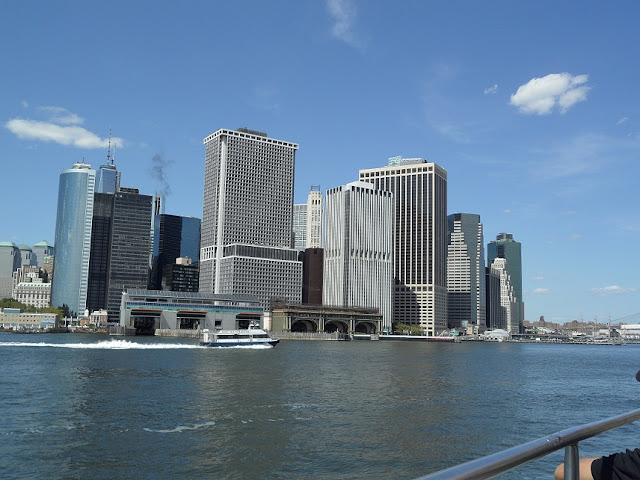 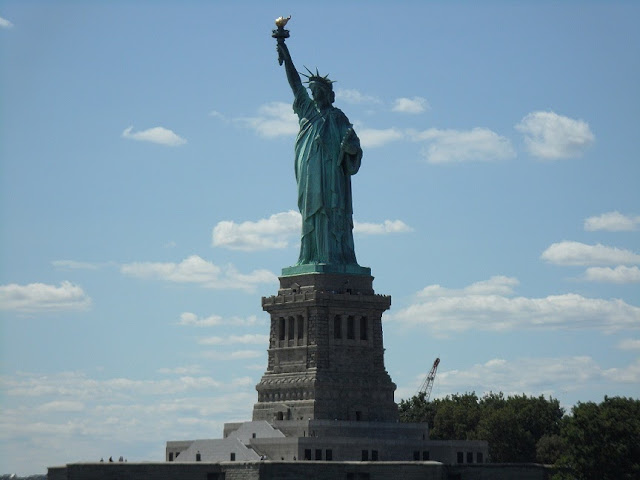 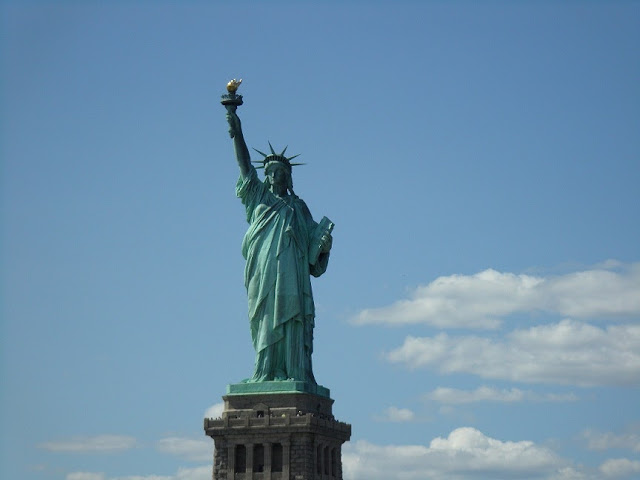 Boat cruise tour around Manhattan and the statue of Liberty! The boat cruise was 3 hours long and I almost felt so sick after that I just really wanted to go back on land! After our boat cruise we wanted to explore the city more and roam around Times Square but we didn't know how to get there. Luckily we met two kind fellows on the boat cruise who are from Australia and they were also heading to Times Square and my friends and I tagged along and followed them, lol. 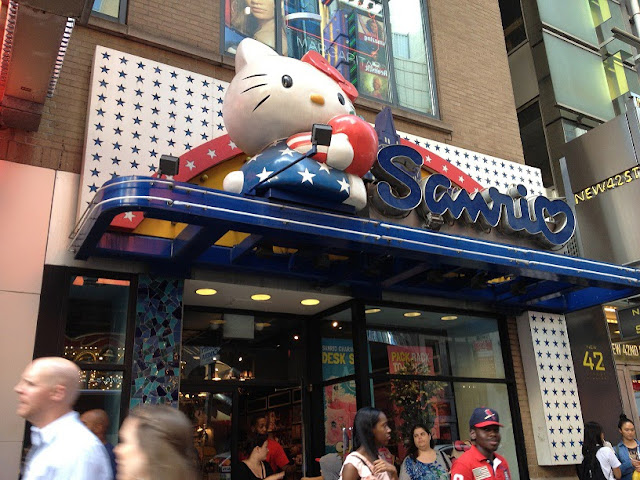 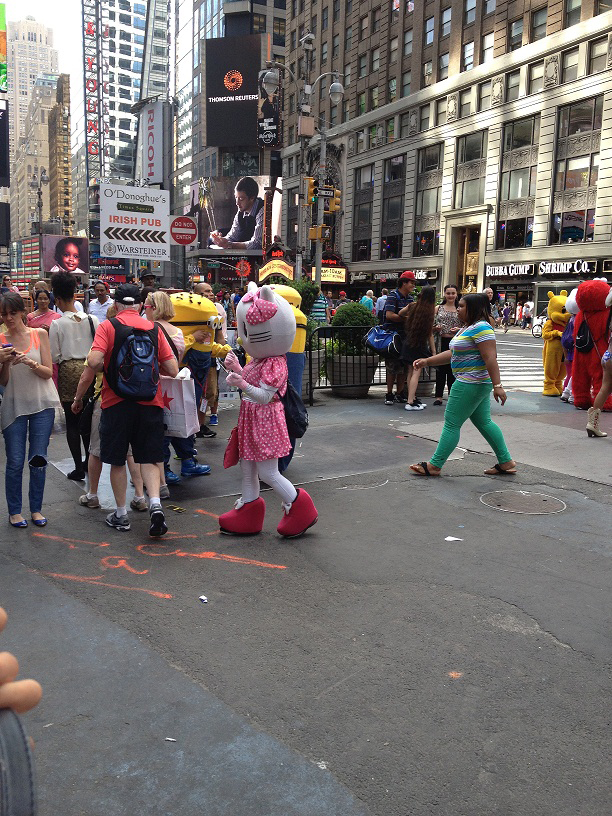 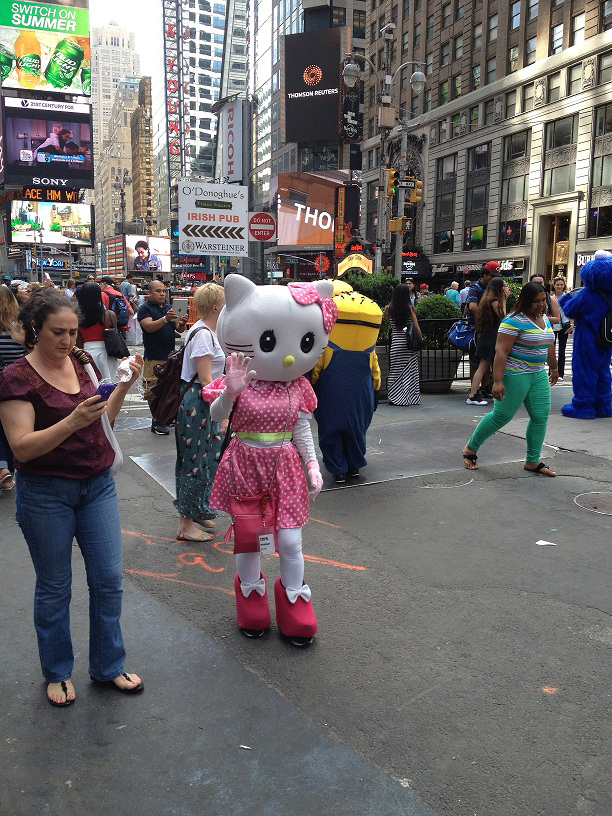 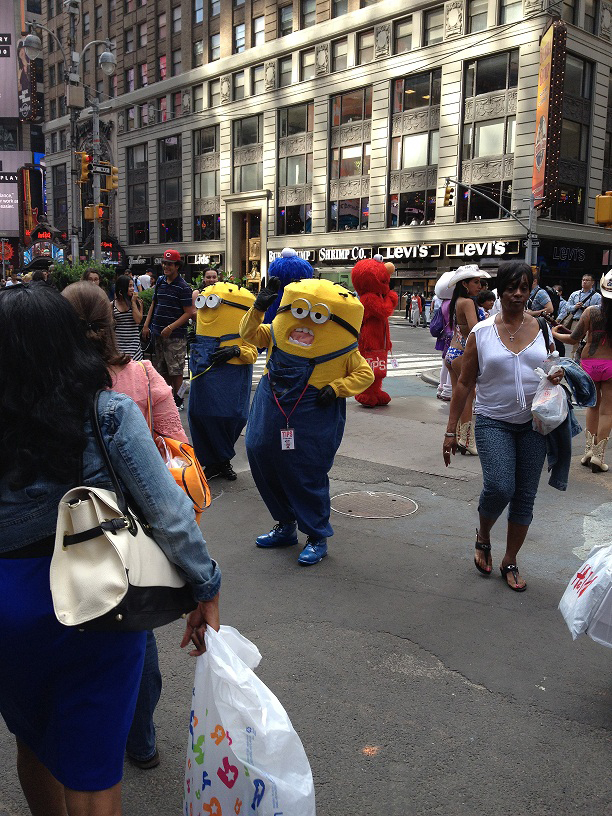 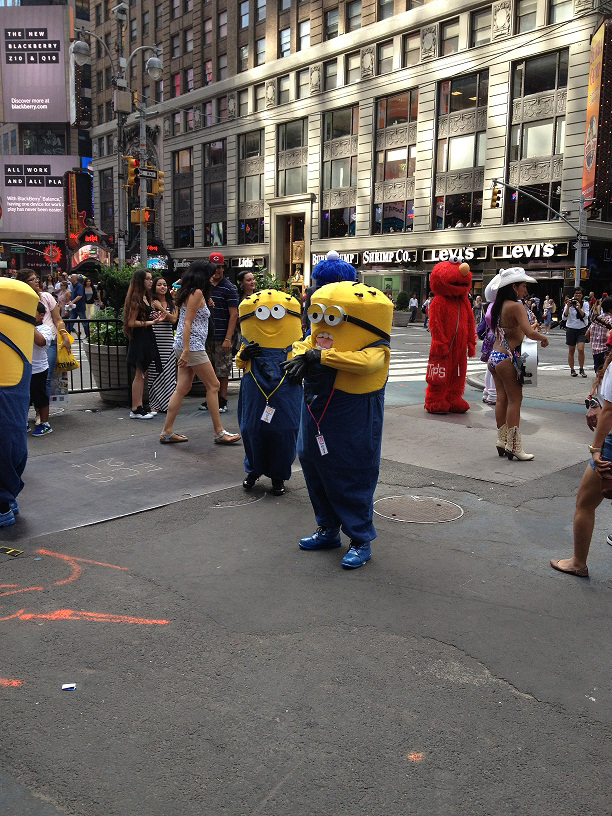 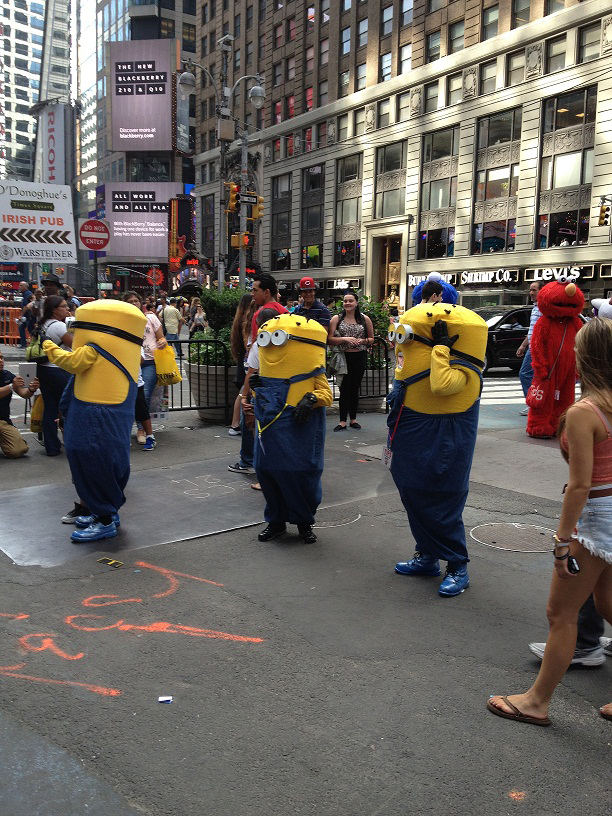 Roaming around in Times Square where we passed by the Sanrio store and people dressed up as cartoon characters. Spotted Hello Kitty and 3 minions from Despicable Me. Soooo cute! 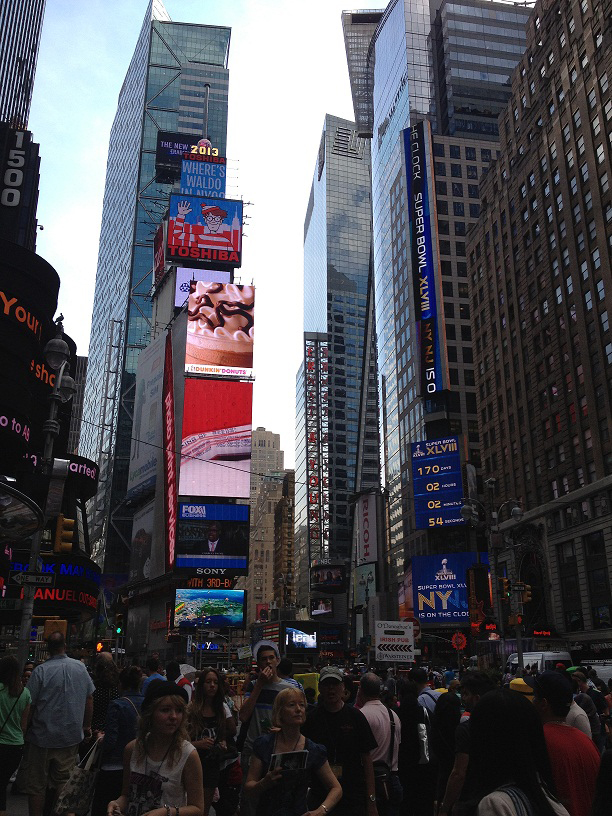 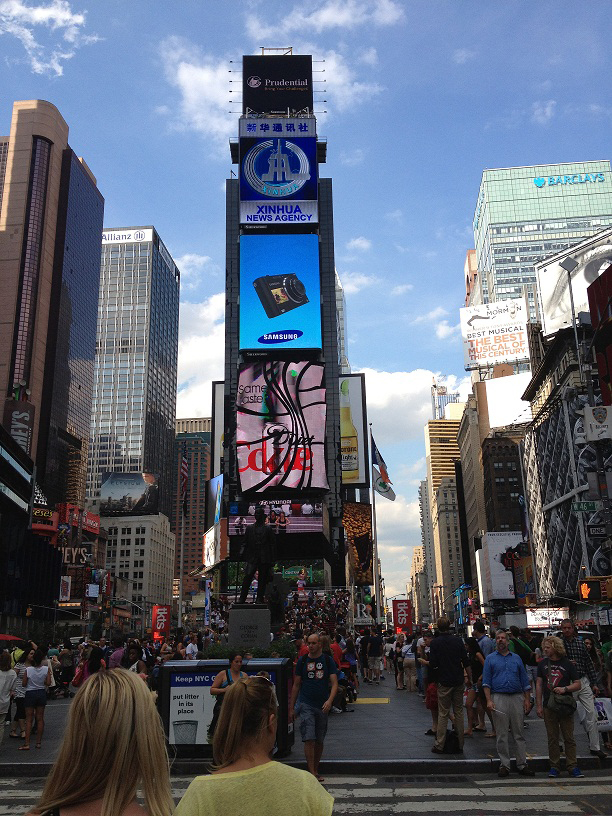 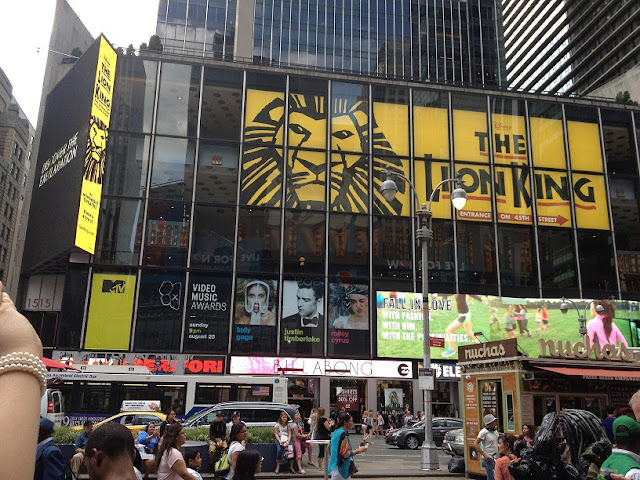 And that concludes my first day in New York. Boat cruise around Manhattan and roaming at Times Square. We headed back to our hotel after and took a shower and went out for dinner in the evening to Shake Shack where we had the best burgers ever! I forgot to take pics of our food because we had dinner pretty late and I was super hungry!! Shake Shack was actually a pretty popular place and we waited in line for about 30 minutes to order our food. Overall it was a great day filled with lots of sight seeing. =)
Posted by sweet_honeydew at 1:29 PM