Hello! It has been quite a while since I last blogged...about 2 weeks? I apologize for those who have been coming to this blog and not finding any new updates. I've been very swamped with job searching for the past couple of weeks and I was really stressed out about it that I was never in the mood to write blog posts.

So to bring myself back to blogging again I decided to share my top favourite photo apps. This has been on my "to blog list" for a long time but I never got around to it until now. I'll be talking about 6 of my all time favourite photo-editing apps. I have many favourites but I'll share more in another post in the future. =)

The first app I'd recommend is FotoRus. This is one of my favourite apps to use for anything. It's such a easy way to make your photos look extra fun and cute! It is known for its popular pic-in-pic photo effect with many different pic-in-pic photo frames and styles. If you're a fan of polaroid pics then this is the perfect app for you! It has also a great variety of filters and you can choose to apply filter on the background only or foreground only or both. PIP Camera is also another app worth checking out that has similar features with different pic-in-pic frames and styles. What's even better is both apps are free for download. 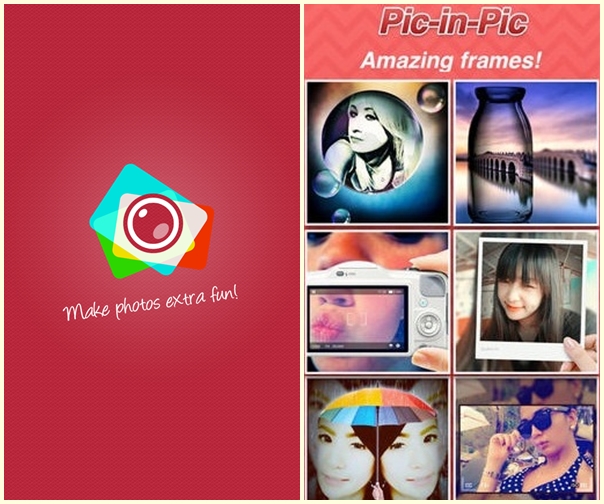 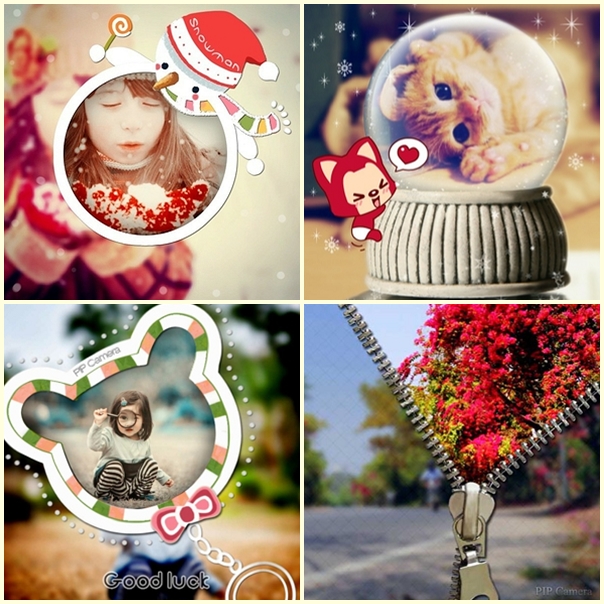 The second app I'd recommend is Camera360. This is one of my favourite apps to use for taking scenery photos. It has a variety of different photo effects such as LOMO, HDR, Retro, Dreamlike, Sketch and Cartoon for that vintage and artistic look. Another thing I really like about this app is a new feature called "audio camera" where it takes a still photo and records the sound. An example would be taking a photo of a raining scenery with the sound of the rain captured in a still image. It's kind of like gifs but instead of the photo moving in a mini clip form, you get a still image with the audio sound. Isn't that kind of neat and cool? HelloCamera is another app that has almost similar features. Again both apps are free for download. 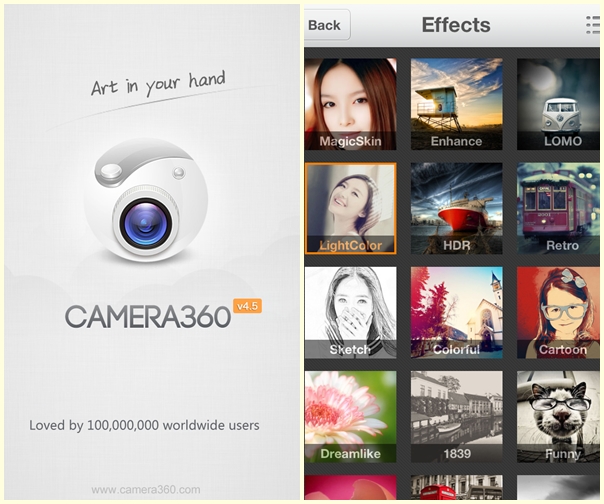 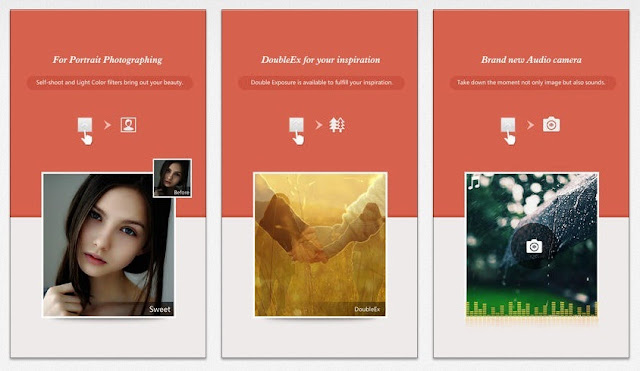 Below are two scenery photos I took using the photo effects with Camera360. 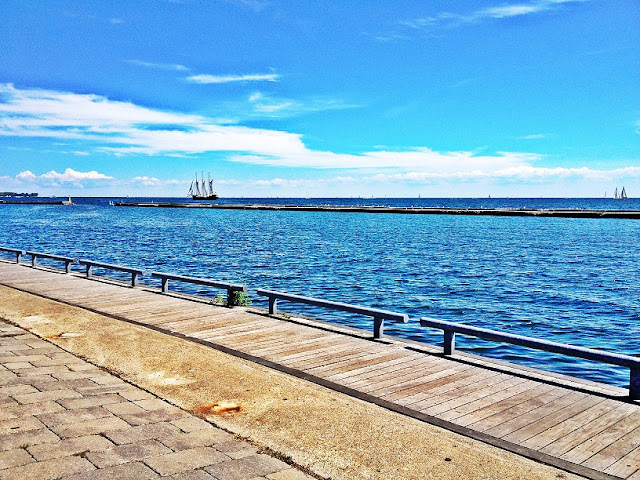 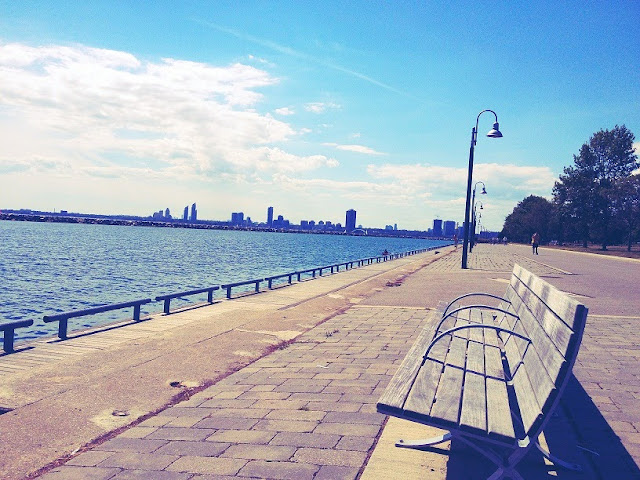 The third app I'd recommend is PINK360 which is another photo app series produced by the same one as Camera360. The only difference is this one focuses more on beautifying your photos for self-portraits. The eye enlargement feature can make your eyes look bigger for that "dolly" look effect and as well as a skin beautify feature for glowing and glossy skin. Another great feature it has is face slimming where you simply touch and slide on the screen to the area on your face where you like to get rid of the fat to make your face look slimmer. I mostly use this app for skin tone correction to make my face look brighter and smoother for that "flawless" look and I sometimes like to use the face slimming feature when I feel like cheating for a bit, lol. 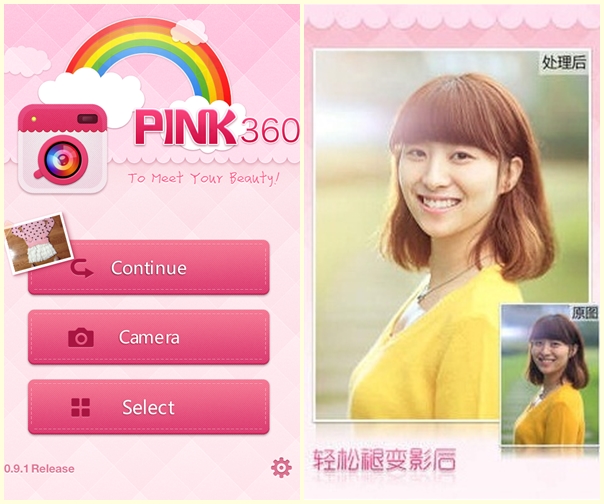 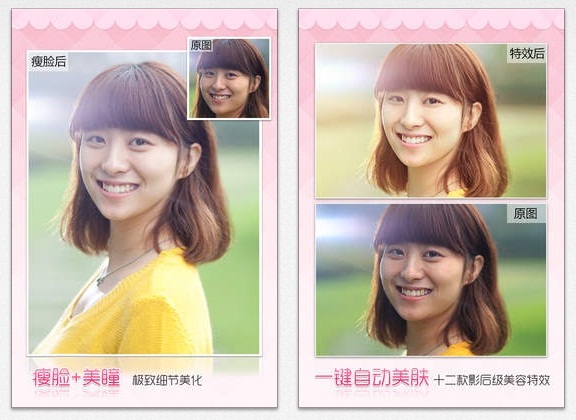 The fourth app I'd recommend is PhotoWonder which is another quick and easy way to prettify yourself with its magical beautify features. It's so magical that it does work like wonders! A must have photo app for those who love taking self-portraits. Some of it's beautify features include face slimming which you can also use on your body to make parts of your body appear thinner and as well as eye enlargement to make your eyes look bigger. One of the more odd feature I find is the breast enlargement. Personally I wouldn't have much use for this feature but I guess it would help for those who feel a need to create an illusion for bigger boobs. I mostly use this app for the skin filters to correct any uneven or dark areas on my skin. 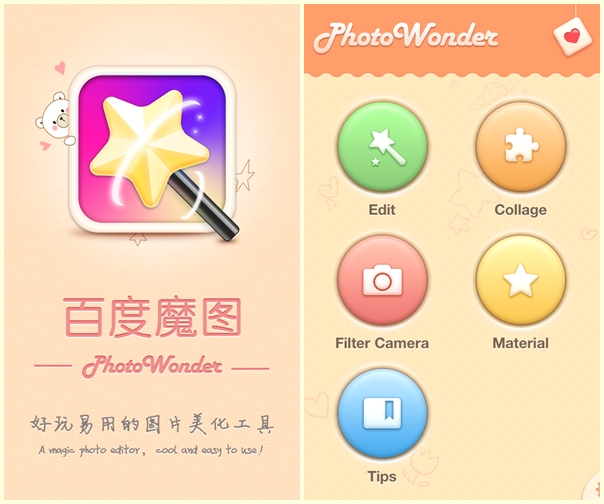 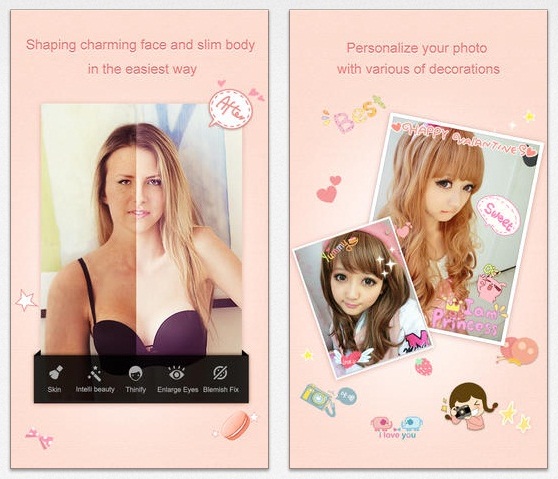 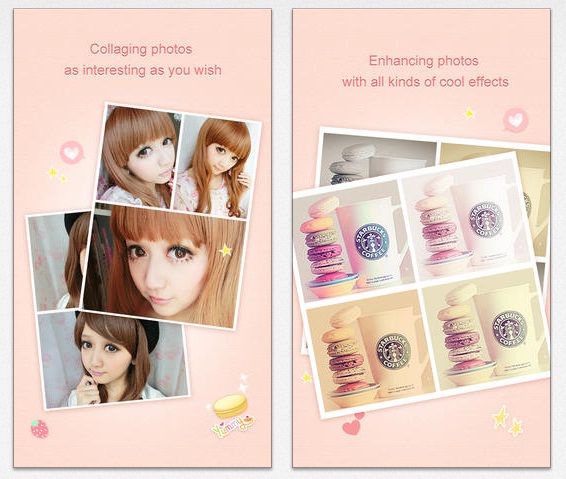 The fifth app I'd recommend is Qpik. This is another beauty app for self-portraits but with no face slimming or eye enlargements. It's mostly used for whitening and fixing blemishes. What I really like about this app is that it has really nice filter effects and bokeh for creating those soft dreamy photos that you'd get from a DLSR camera. 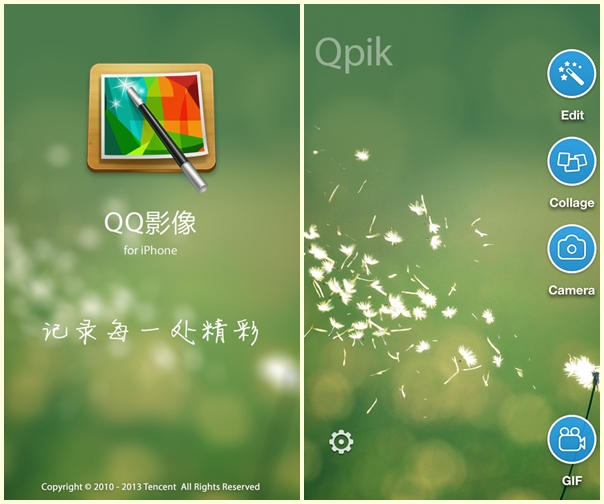 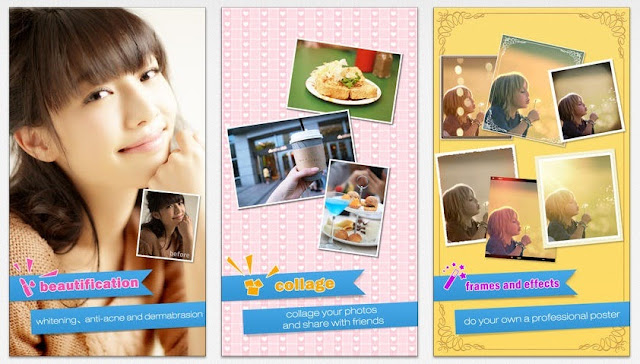 And lastly I'd recommend LINE Camera. I'm pretty sure you probably know this one already because it's one of the most popular apps. This app is so fun with it's many cute and hilarious stamps. A must have app for people who love all things kawaii! I love these super cute face stamps that you can add to your food and the art food and utensils that makes your food pic a whole lot cuter. If you're a food photo blogger then you'd love this app. 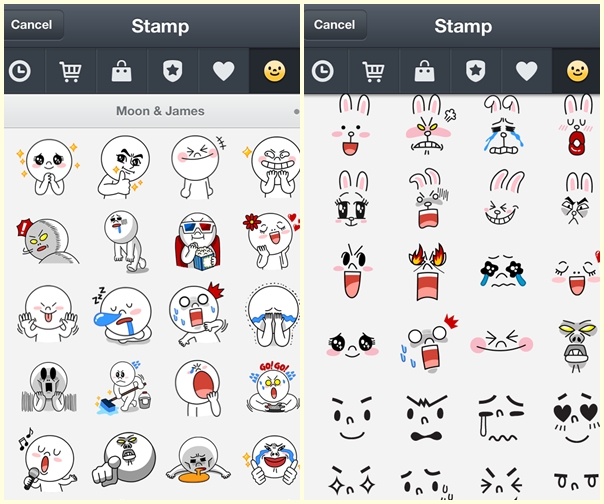 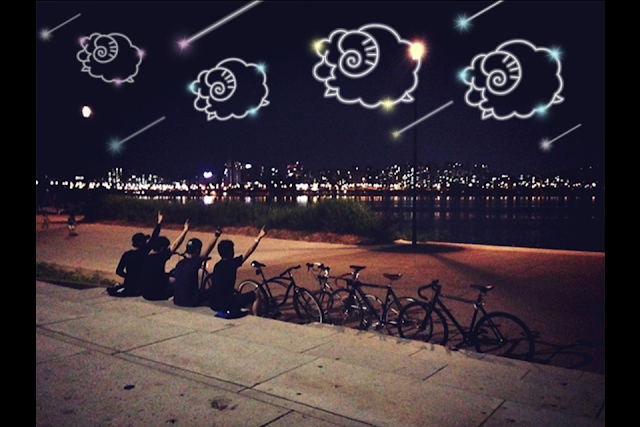 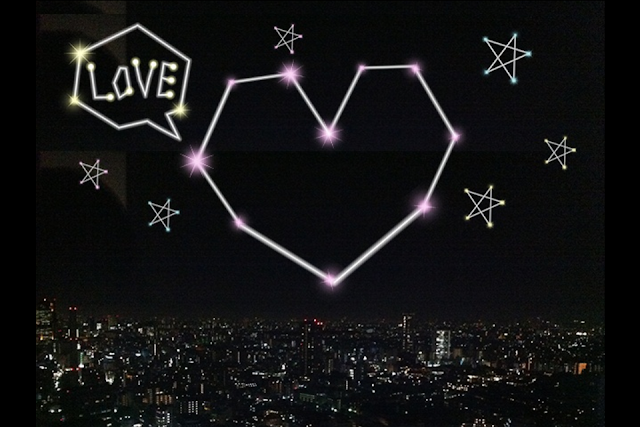 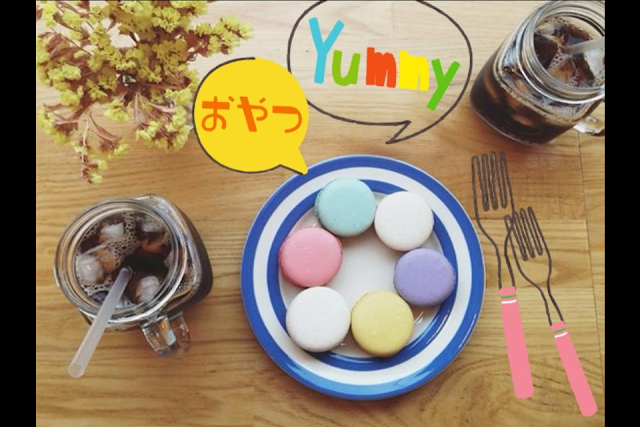 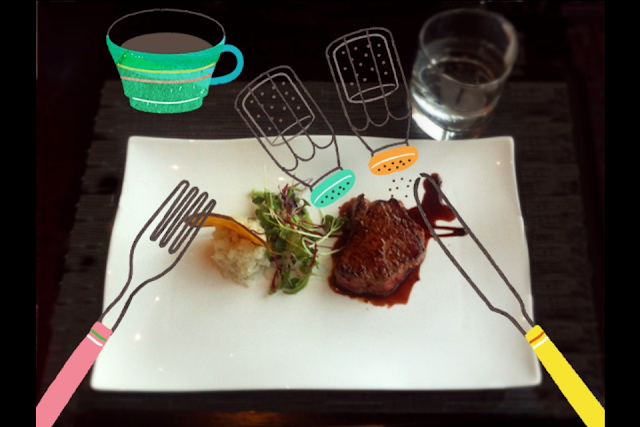