You know spring is here when you see that flowers are starting to bloom! =)

On Tuesday I had a short shift and got off work early. I had to go to the bank in Chinatown to do some business. Transfer money and ask about how to order traveler's cheque to bring with me to Japan for my trip and service fee charge on using my VISA overseas and etc. It was about lunch time when I got off work and I was feeling really hungry. While I was on the streetcar on Spadina, I saw that they have opened a new Japanese restaurant called Ajisen Ramen. I have known about this restaurant before from seeing advertisement on TV but I have never eaten food there. So I decided to drop by to try it out! 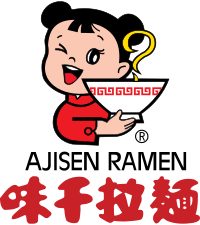 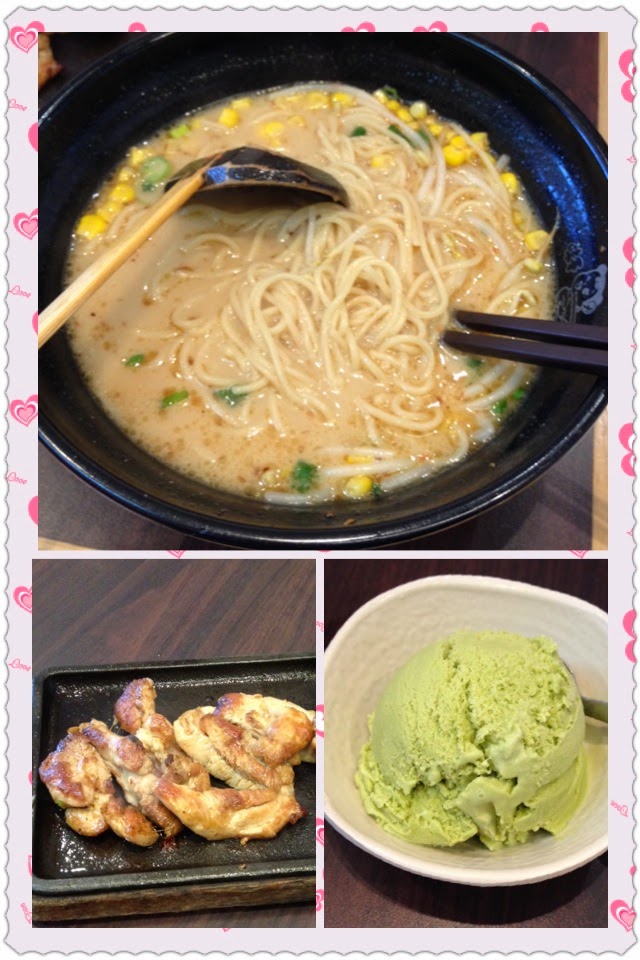 Aijisen ramen is based in Kyushu, Japan. It is known for its white broth, made from the slow-cooking of tender pork ribs with an emphasis on simple, hygienic, convenient, tasty and healthy noodles. I have ordered a ramen served with grilled chicken that day. What I like about this restaurant is they actually serve "rice noodles" for ramen as oppose to the normal yellow egg noodles. I actually don't really like eating egg noodles all that much, I prefer rice noodles more. The atmosphere of the restaurant was really nice and relaxing. Very simple and cozy, nothing too fancy. The waitress and waiter who served me were all Japanese and was also really friendly. I also liked how they played Japanese music at the restaurant as well and they were playing one of my favourite songs by Otsuka Ai "Renai Sashin" when I was eating at the restaurant. I found the size of their ramen to be just right. Not too big and not too small but just right and enough to get you full. Often times when I am eating ramen, I feel like I am so stuffed with food that my stomach is about to explode. I actually finished the whole bowl along with my chicken and still had room for green tea ice cream as dessert! ♥ 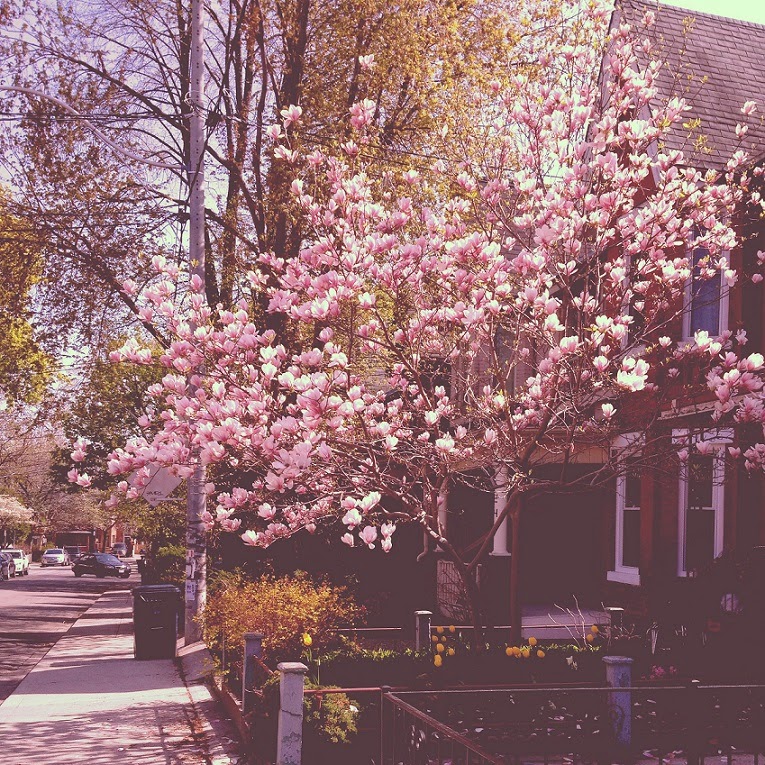 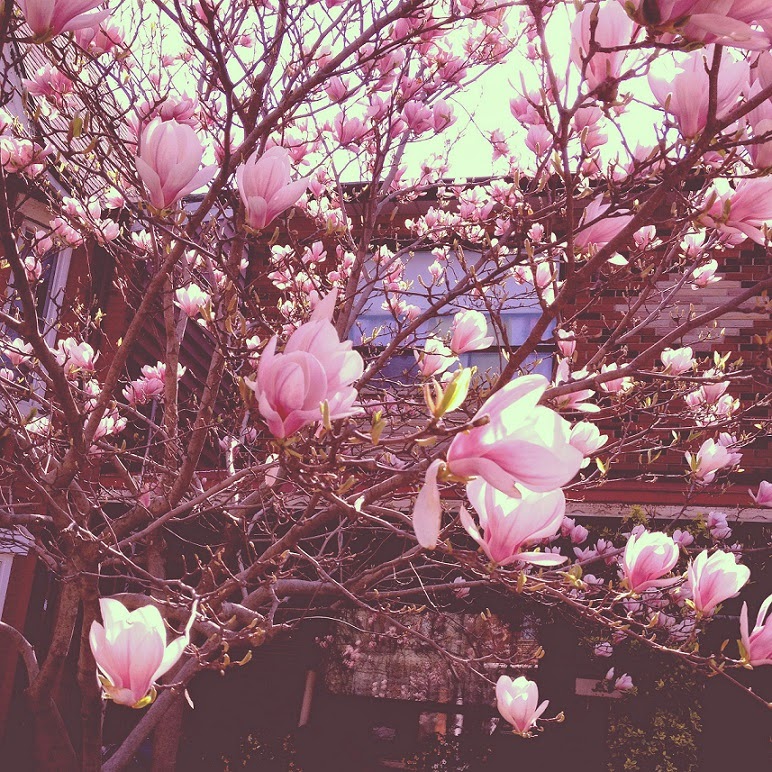 Then on my way home that day, I saw the most beautiful Magnolia flower tree in my neighbourhood. It was SOOO PRETTY that I just had to stop and take a picture of it! ♥_♥ 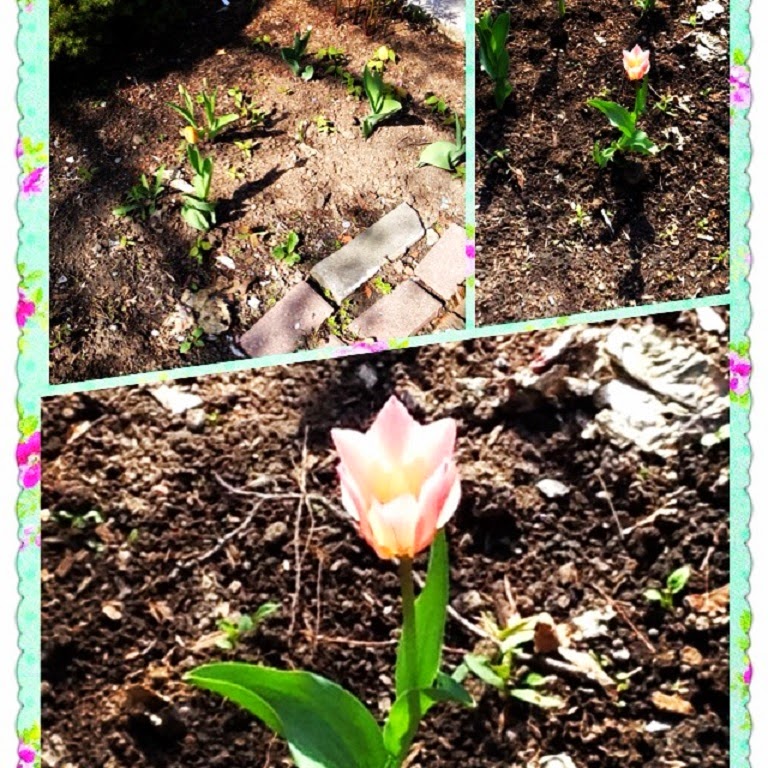 Then when I was heading back home, I saw that the tulips that my mom had planted in front of our house have also started to bloom! ♥
Posted by sweet_honeydew at 1:02 PM