Yamapi YOU Album at Tsutaya and Promo Ads

Trying to catch up on posting more about my Tokyo trip on my blog but I have been so busy with work that I have no time to do so! Also going through all my pictures and videos and editing them is so time consuming that I dread on getting them done. But this post will be an easy one since I already have the pictures and video edited and done about a week ago. This post will be about my experience of buying Yamapi's CDs in person in Japan! Being a huge and loyal fan for many years, I have always dreamed of being able to do this. I was so lucky to be there in Japan when Yamapi had a new album coming out as well as a movie playing in theatres. I swear I did not plan this. I already bought my plane tickets long ago before he announced that he was releasing a new album and a movie. It was just pure coincidence and luck was on my side, lol! Would have been better if he was having a concert tour during the same time too. I'd have been able to see him live! But overall I'm very happy and satisfied that on my first trip to Japan I got to see so much of Yamapi. It almost feels as if I saw him in person because normally I wouldn't get to see this on a regular basis since I live so far away from Japan. His new album was released on October 8th and I made sure I went out to the CD store to buy his CD on the first official day like a true fan would! XD And I was sooooo excited to see how they would display his CDs for sale at the store. I went to the Tsutaya CD store in Shibuya at the Shibuya Crossing. 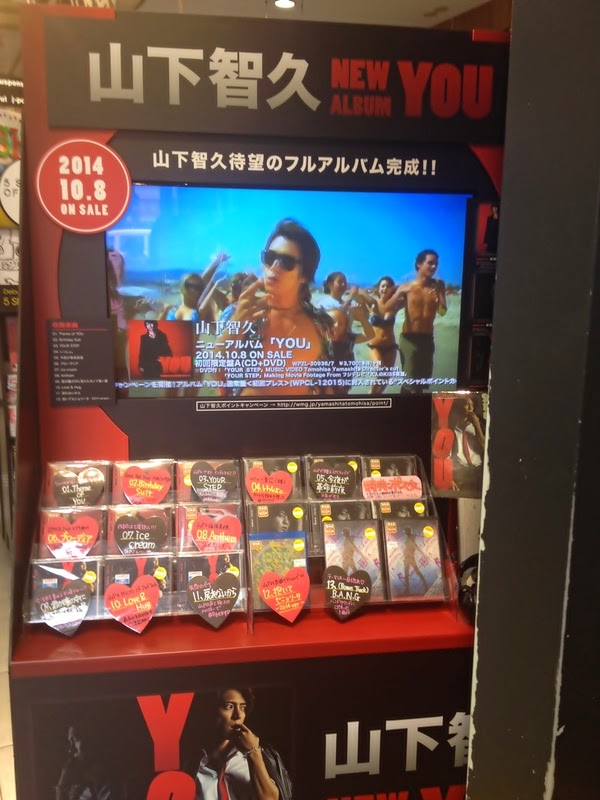 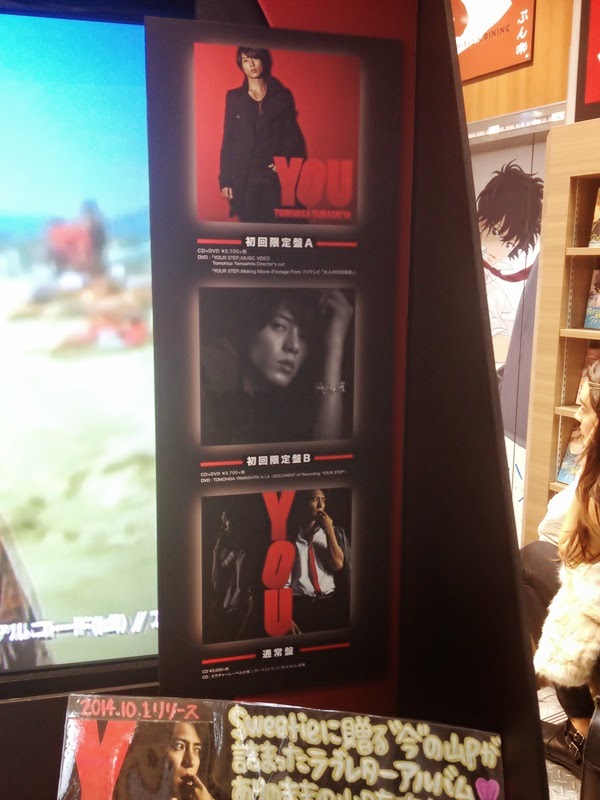 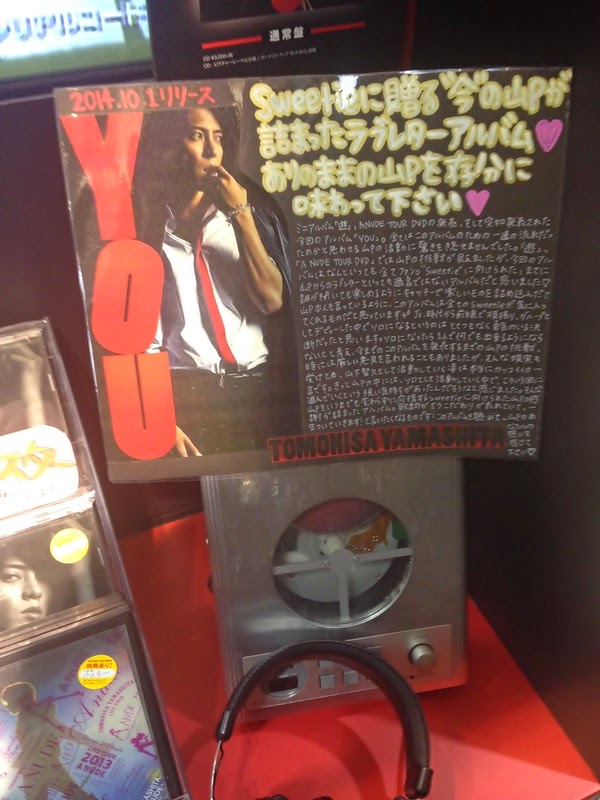 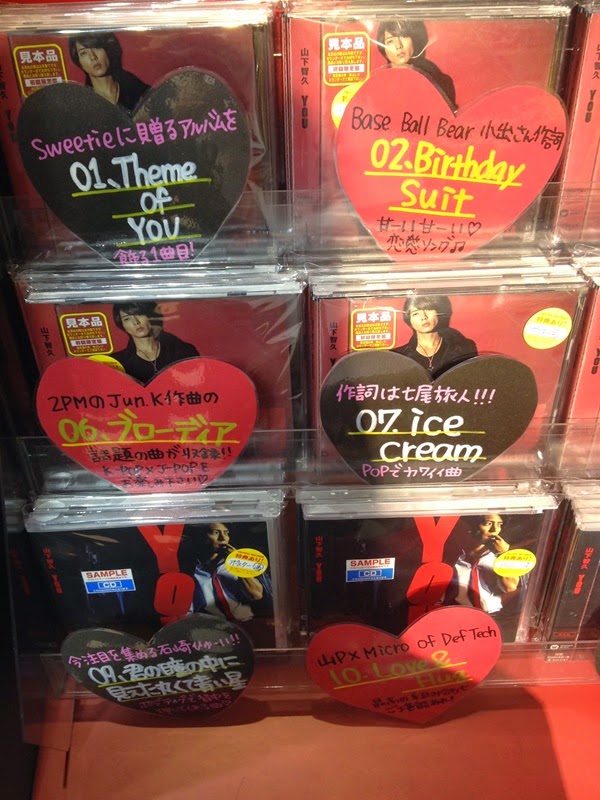 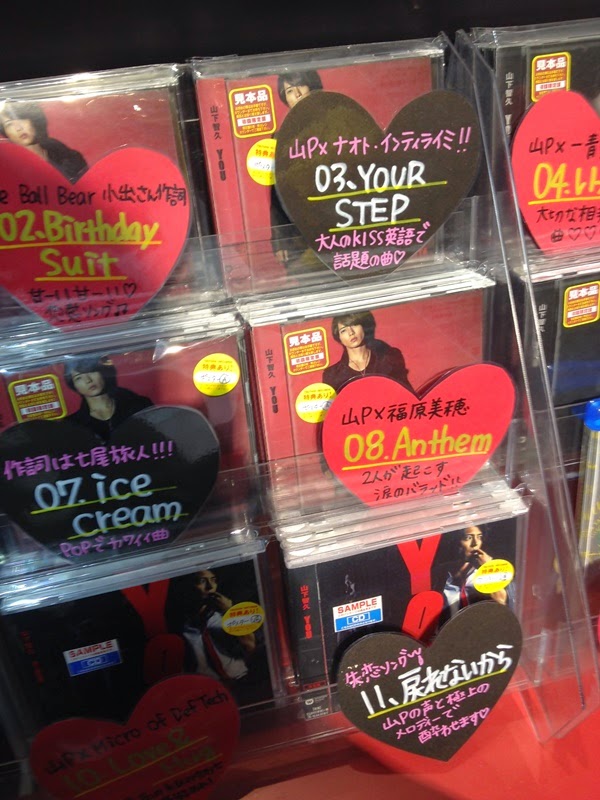 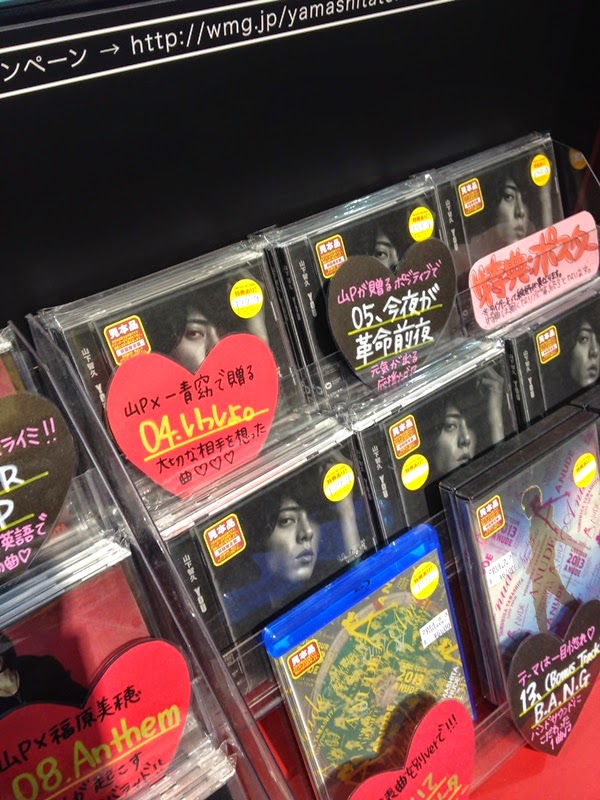 There was a little booth at the very front of the store when you enter filled with his new album and a big screen TV showing his music video YOUR STEP. I love the little heart message cards about each song for the album. So cute! I actually quite like the new album, it's very different from his other 3 previous albums. This one has a more of an R&B vibe and all the songs are very happy, sweet, and romantic. Yamapi said he created this about thinking about his fans and what he would like to share with them which is the theme of "LOVE". So sweet! (♥ω♥ ) ~♪ I even spotted a Japanese guy at his booth listening to the album. I'm not sure if he was a fan or he was just curious and checking the album out but he seemed to enjoy listening to the songs. XD

And I recorded a short video of the booth with the music video playing. 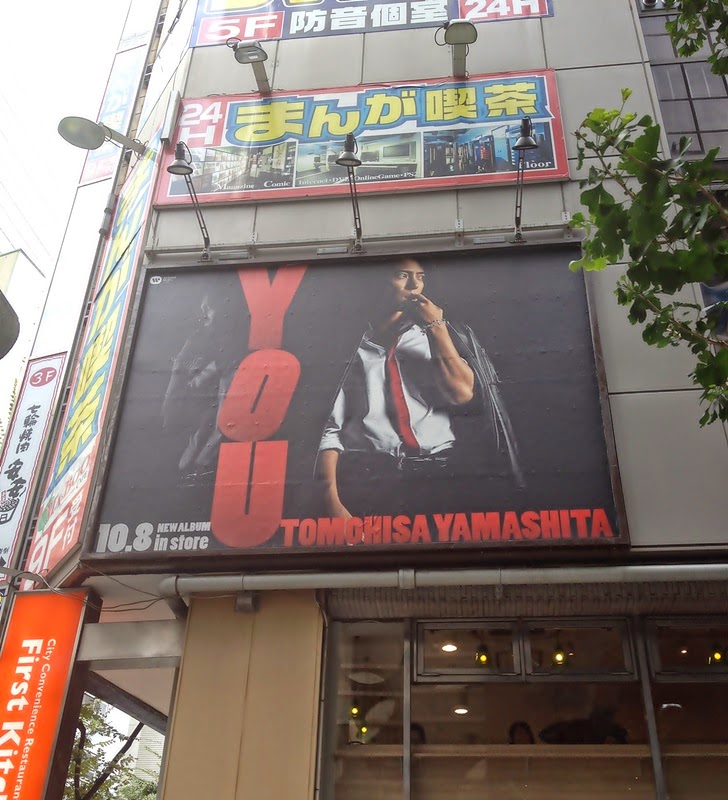 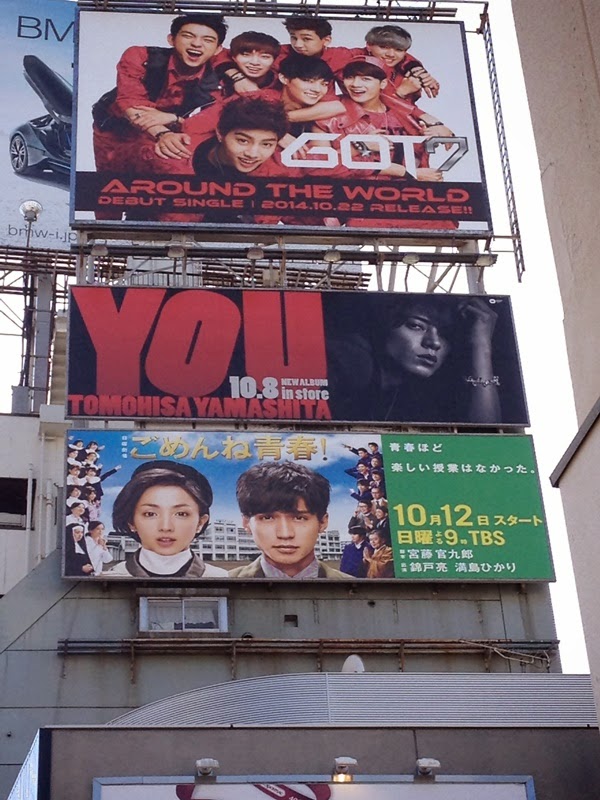 Promotion advertisements I saw while strolling the streets in Tokyo. 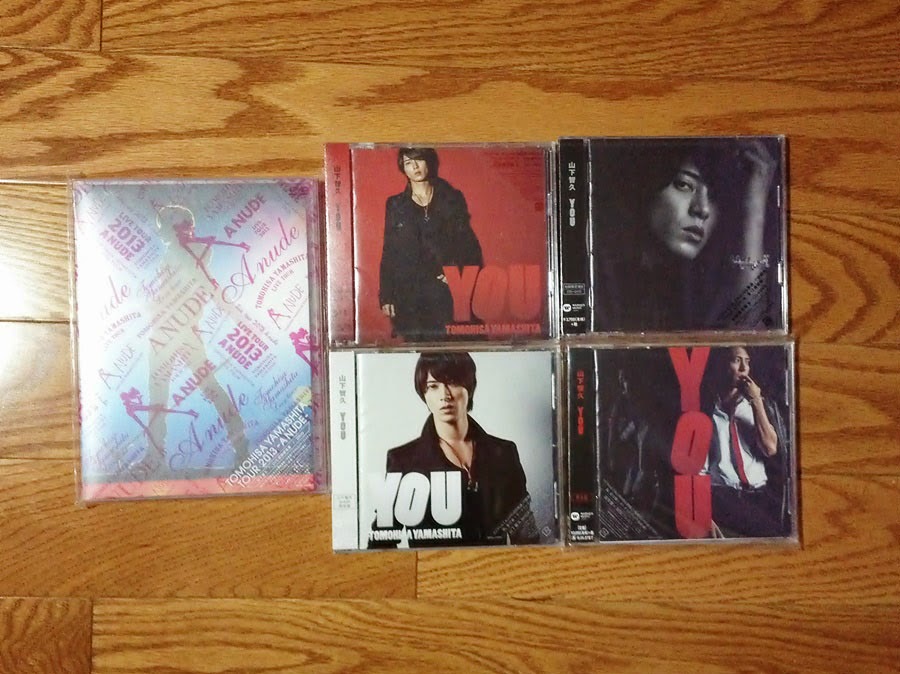 I bought all 4 versions of the album as well as the A Nude concert tour DVD. I have never bought all versions of any of Yamapi's albums before and this was a first. I even got a chance to buy the limited shop version that can only be bought in Japan!
Posted by sweet_honeydew at 5:14 PM