I've been going out to eat quite a lot recently which means I will probably need to work harder on my jogging and workout routine. Met up with a friend who I haven't seen in almost a year for dinner at Okonomi House. Had a fun time catching up and talking with her! =) 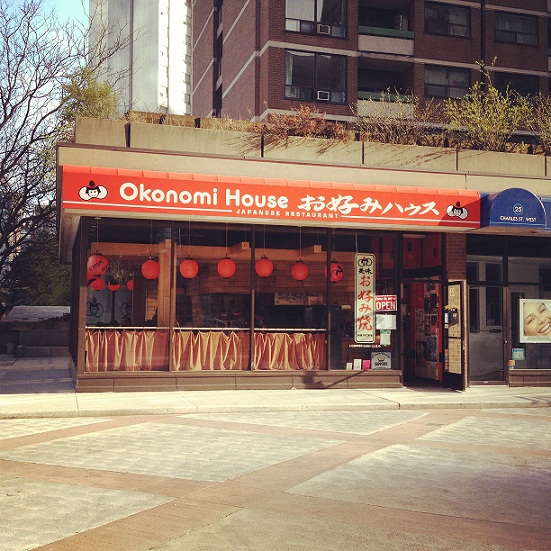 Okonomi House is located on 23 Charles Street near Yonge and Bloor. The restaurant is actually quite small with only about 5-6 tables. It's a nice atmosphere for some chit chat time with a small group of friends but nothing too fancy. 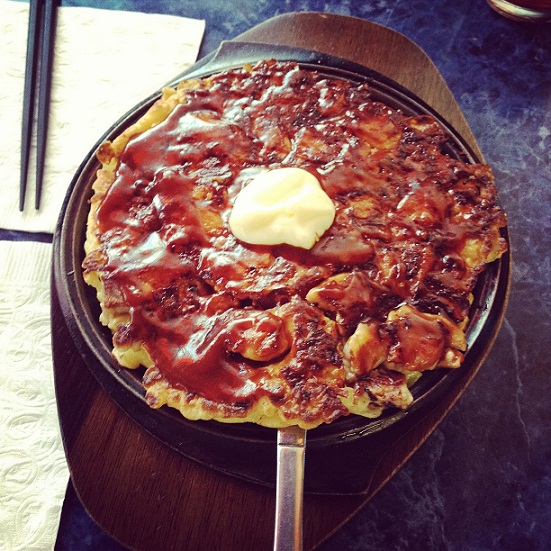 We ordered a chicken okomomiyaki. I actually found this dish a bit disappointing as it wasn't really what I expected it to be. Also I think the pancake was a bit too sticky and greasy and I was actually expecting it to be more soft and crunchy. 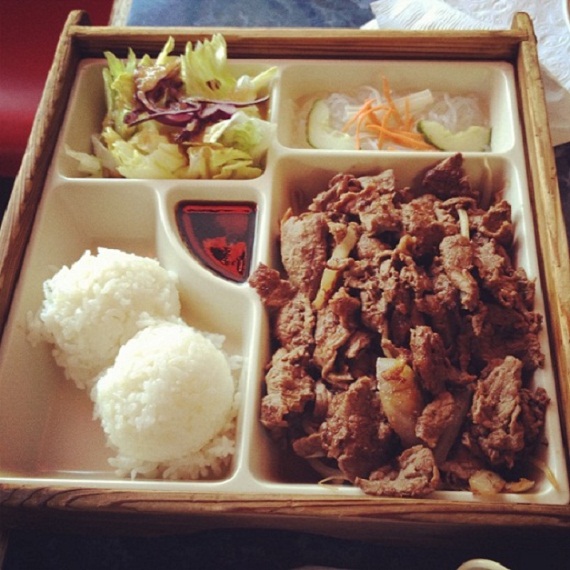 We also ordered a yakiniku bento and shared it since it was just only the two of us eating. The bento was okay other than the beef was cooked rather a bit dry. It was my first time eating at the restaurant and overall I'd say the food is okay, nothing special that really stood out to me. But I'd say the price is not bad! We each paid about $14.50 and we were quite full afterwards. I just don't think I'd want to go back to visit for a second time though.
Posted by sweet_honeydew at 10:26 AM