time to blog as frequently as I would like to. There are still so many posts about my Japan trip that I want to blog about but some of them with video footage that I recorded will take me longer to edit and post. So I'm trying to get the easier ones done and get them posted earlier as they wouldn't be relevant anymore when I blog about them later. I went to watch Yamapi's movie Kinkyori Renai 近キョリ恋愛 at the Toho Cinemas in Shibuya on the very last day of my trip. I watched it on the last day because it was the only day I had nothing planned to do so it was a free day for me to do whatever I wanted to do. Last minute shopping and places I want to visit again

. There are several other theatres that was playing the movie but I only know of the Toho Cinemas located in Shibuya right across from the Shibuya 109 mall. It was also my very first time watching a movie in Japan fully in Japanese with no subtitles and it was quite an interesting experience. I think I would do it again in the future if there happens to be a movie I want to watch. =) 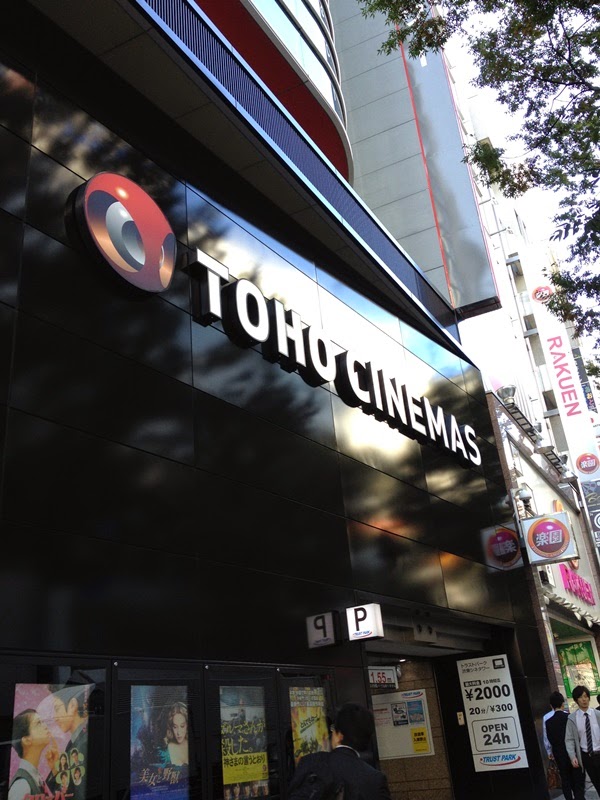 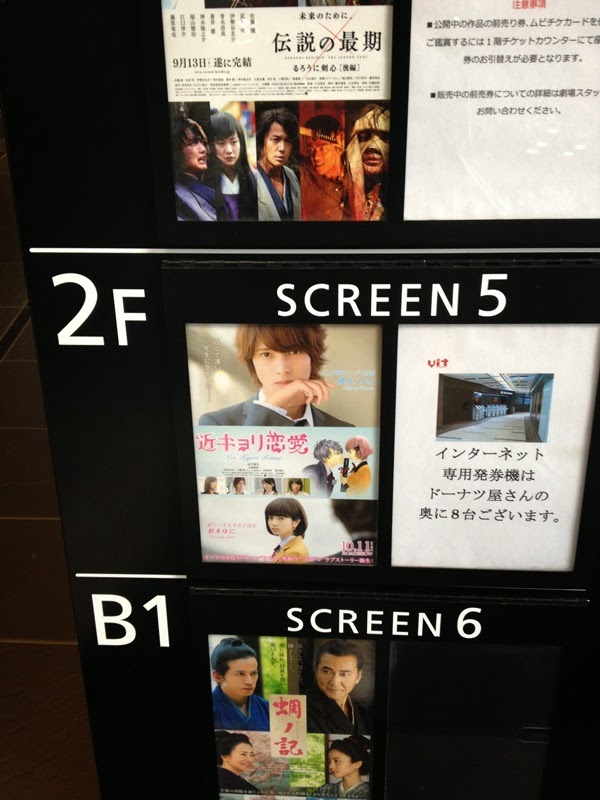 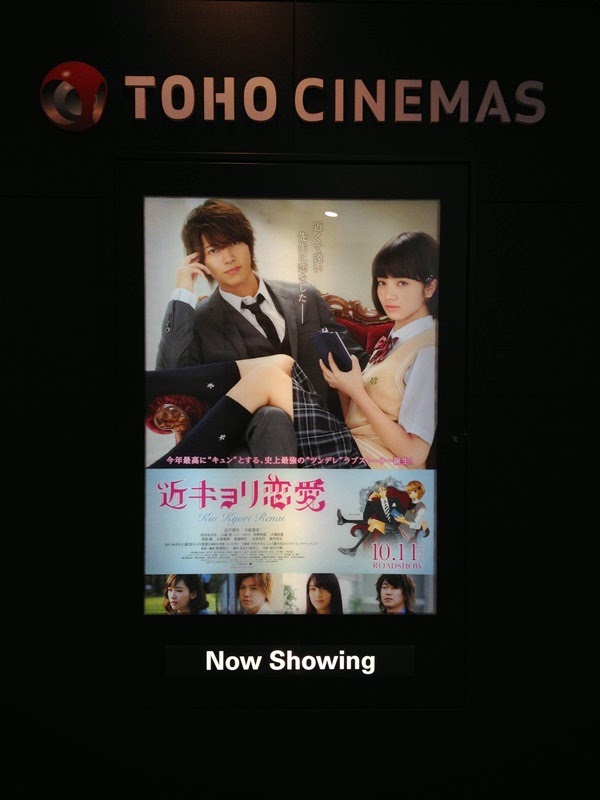 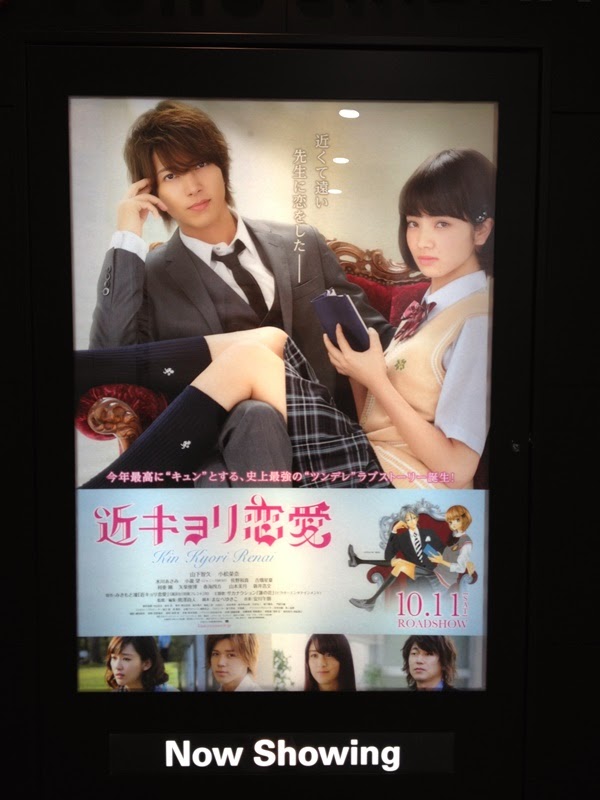 I went to watch the movie at the earliest showtime at 10am in the morning. I didn't want to leave it until the very end of the day as I would have to catch the train back to my hotel and it will be so late and I also needed to pack my luggage to leave the next day. In Japan, you can choose the seat where you want to sit when you buy your movie tickets. I picked a middle row seat near the front because I'm quite blind and I did not bring my glasses with me. XD But what surprised me was it was actually quite expensive to watch a movie in Japan as an adult ticket cost almost $20 CAD. So much more expensive than watching a movie in Canada. 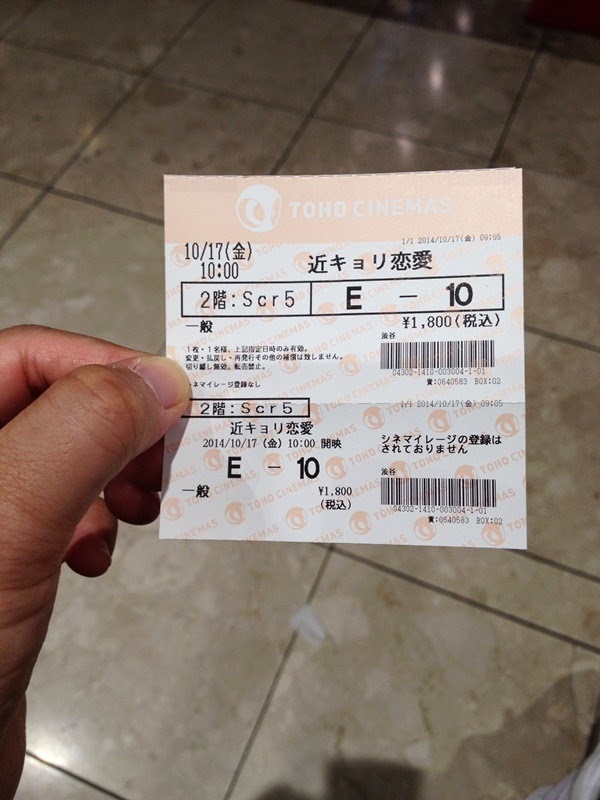 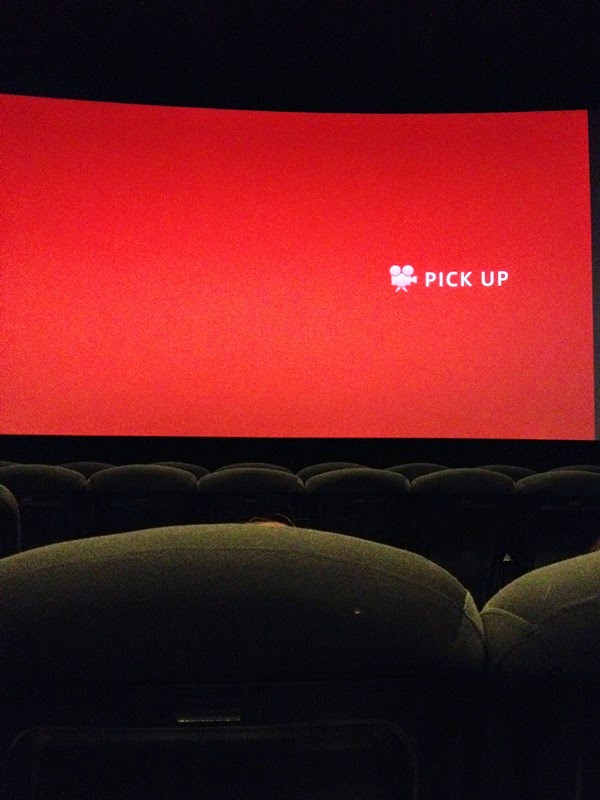 I sneakily snapped a picture inside the theatre right before the movie started, lol. 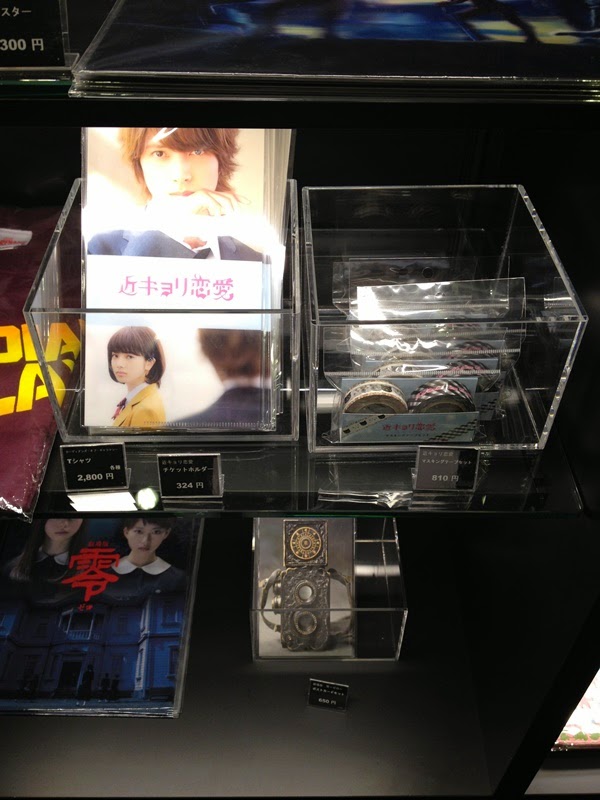 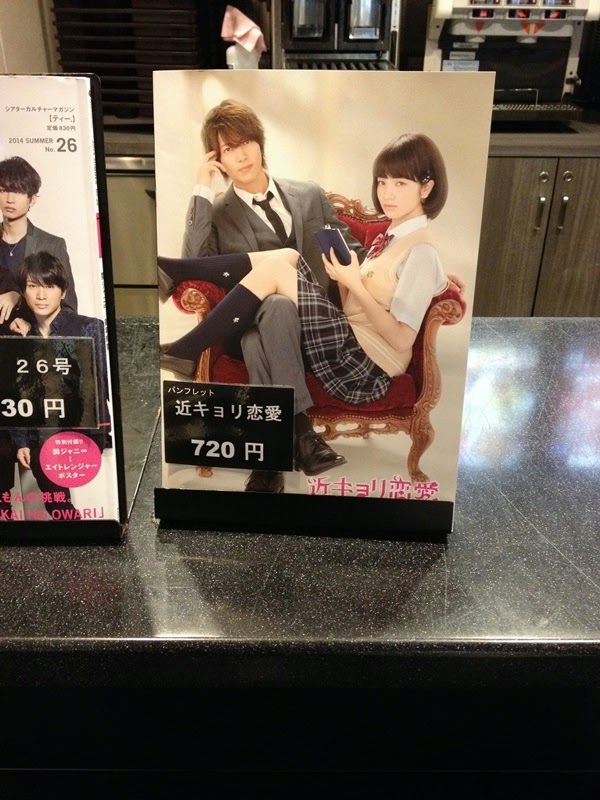 Movie merchandises that you can buy at the theatre. I bought the movie pamphlet book and this clear file holder thing. 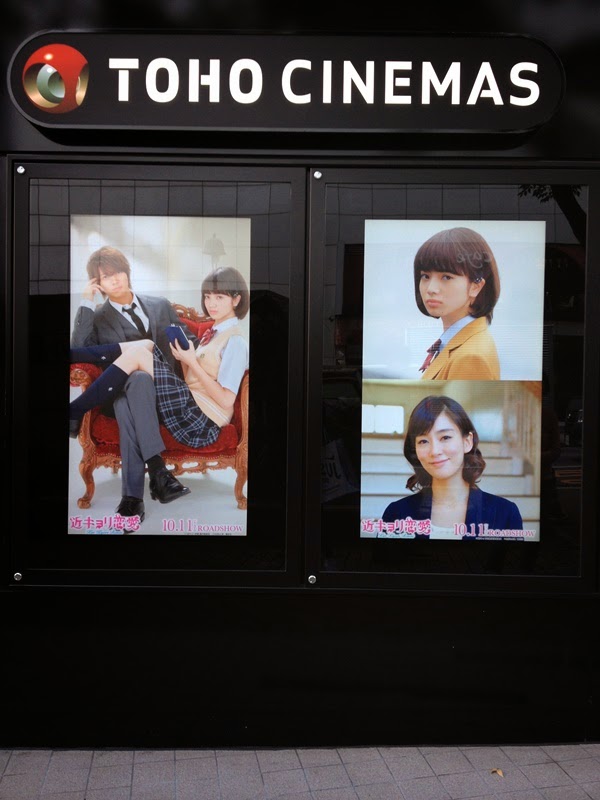 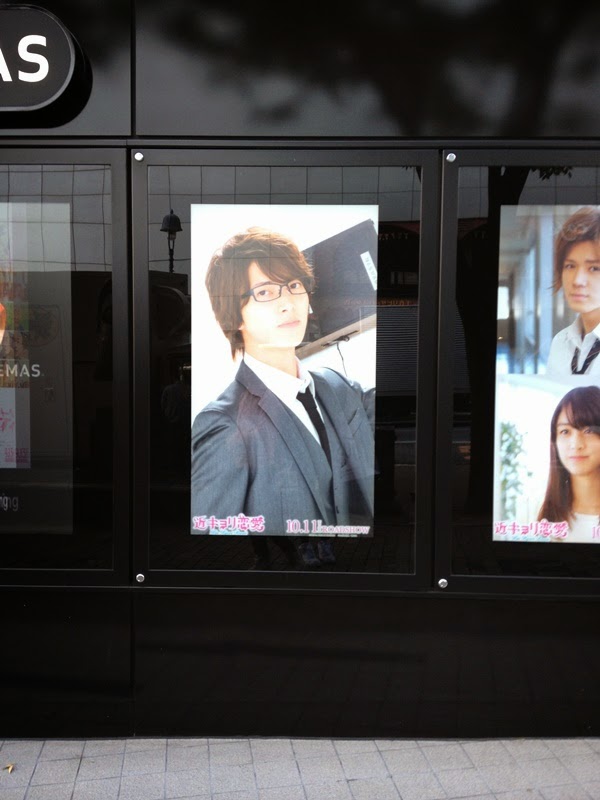 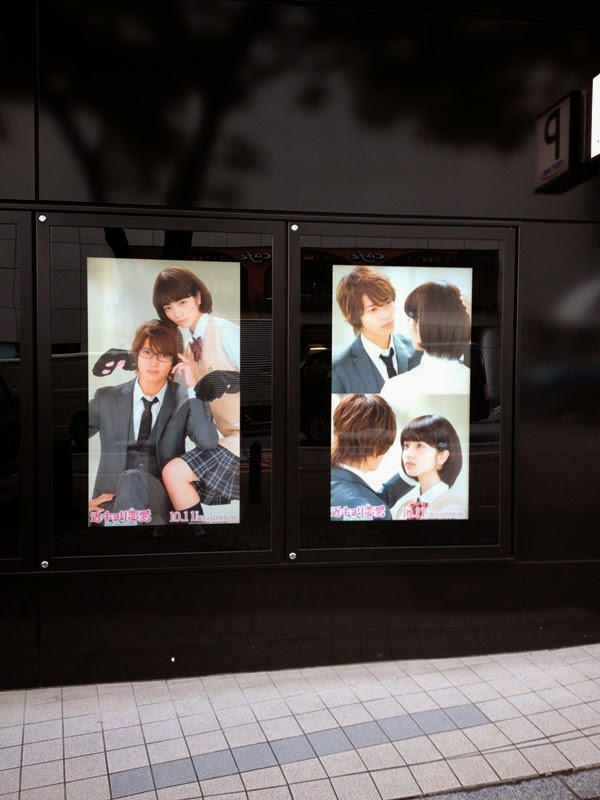 After the movie, I was outside and noticed these cool display screens they have showing promotional pictures of the Kinkyori Renai movie. The screen would flash and change pictures so quickly I had to snap a picture really fast but I wasn't the only one doing it. There were also a few other Japanese fangirls standing next to me that were doing the exact same thing. XD 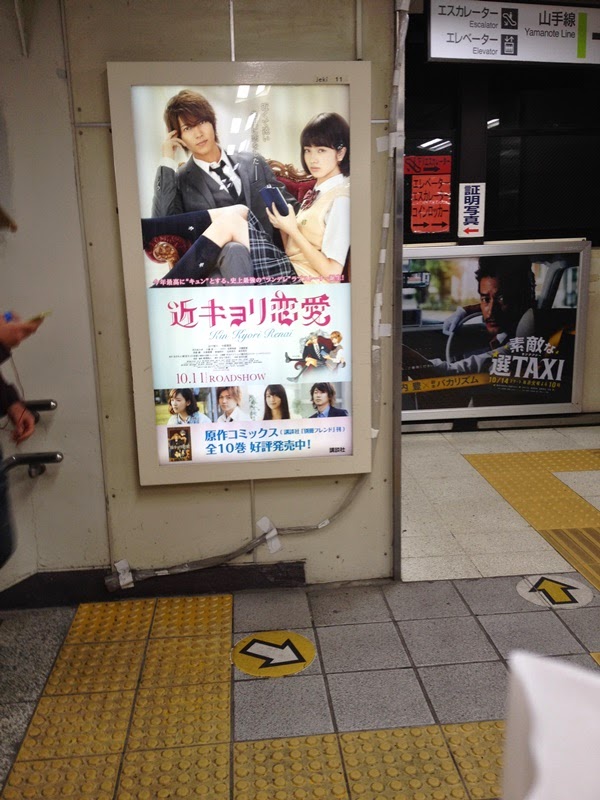 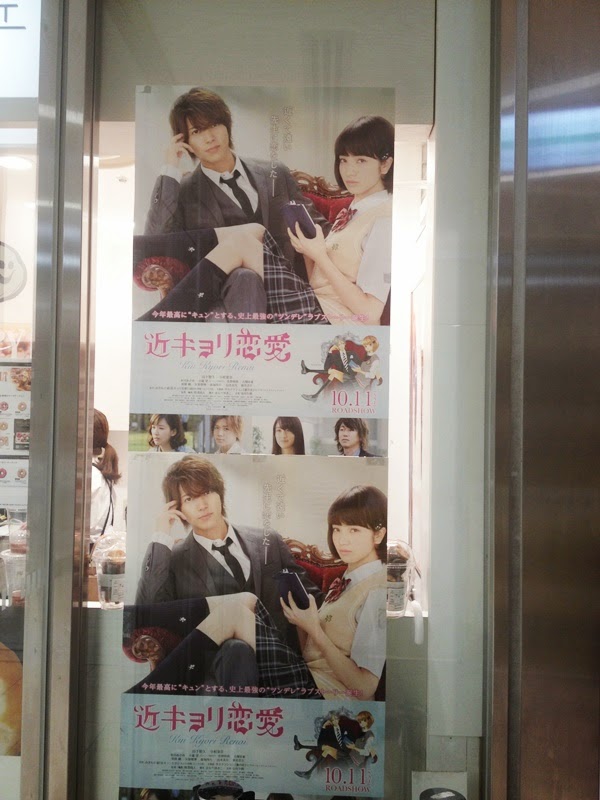 Also saw another movie poster inside the Lumine EST mall at Shinjuku.

Not going to say much about the movie since I don't want to spoil it fore anyone who hasn't seen it yet. The DVD will be released soon and that means it'll be available online soon as well. All I can say is that Yamapi looked really good in the movie and I'm very lucky to be able to be in Japan when his movie was showing as he doesn't film movies very often. It definitely made my first trip to Japan more memorable! (“⌒∇⌒”)
Posted by sweet_honeydew at 12:27 PM