So while in Tokyo, there was a game that I liked playing which was "idols ad spotting" where I try to capture pictures of any advertisements I see with Japanese idols. I definitely saw more ads than this but sometimes it was hard for me to take a photo with the busy crowd of people in the subways and all. But I have to say the person I saw the most advertisements was Kimura Takuya. He was almost at every station and corner of Tokyo! 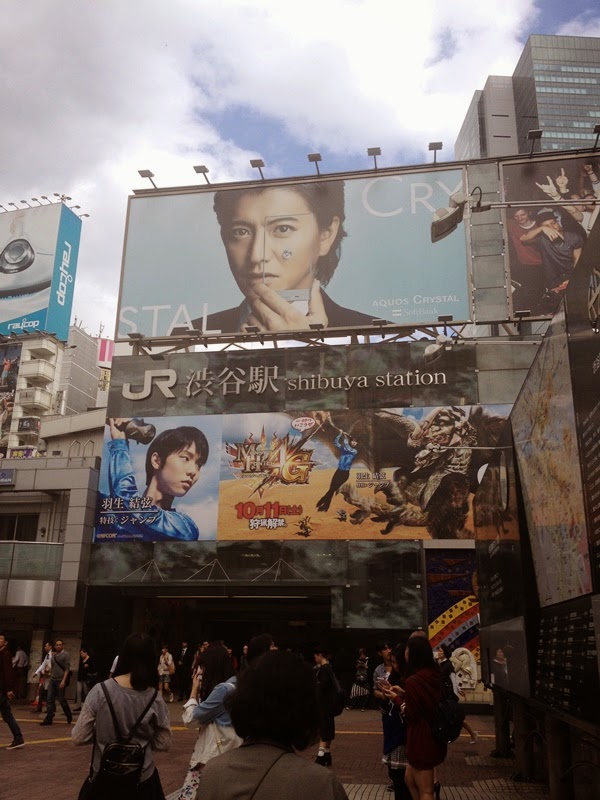 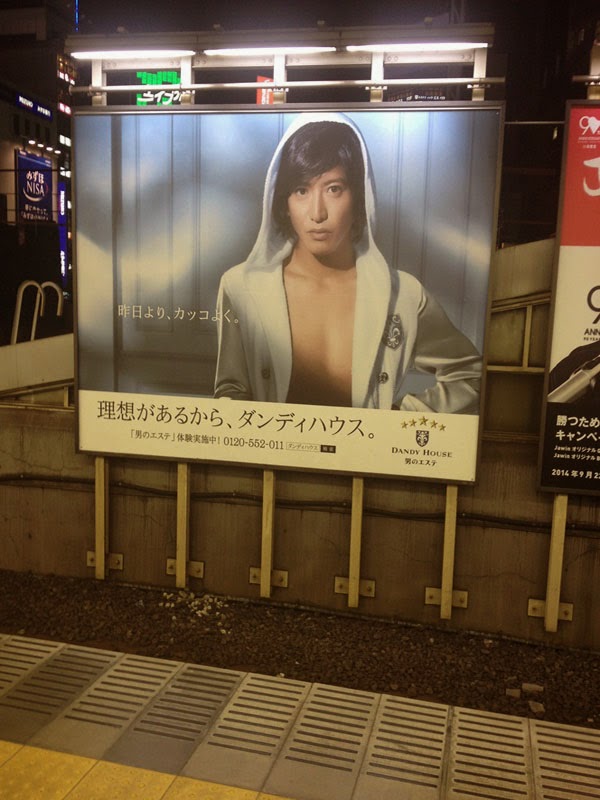 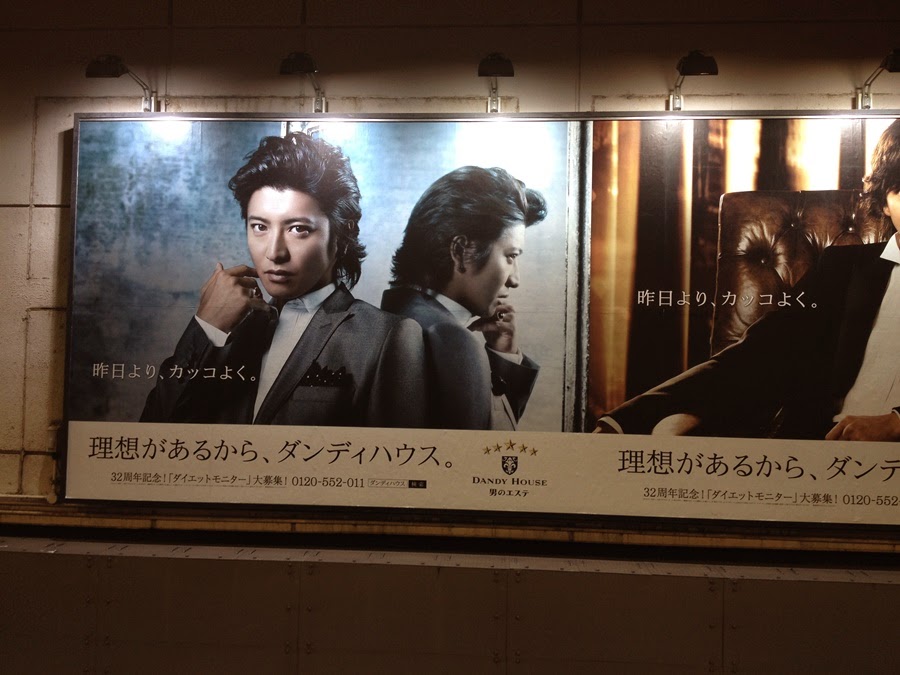 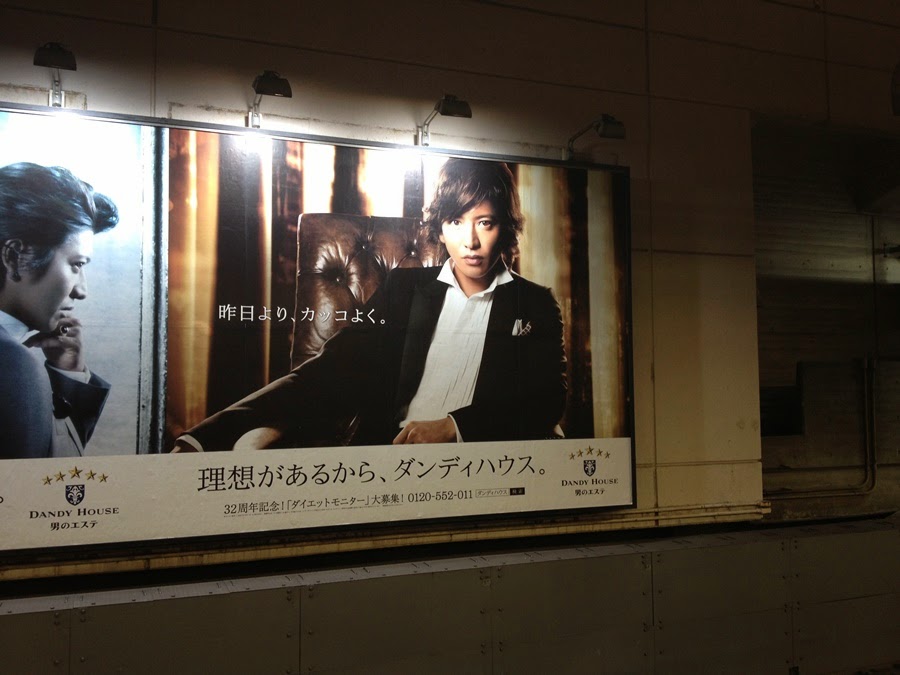 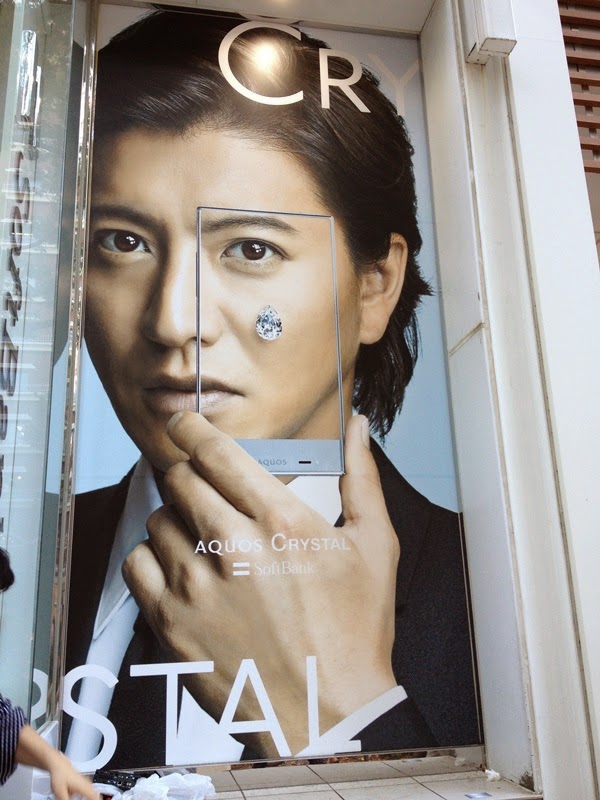 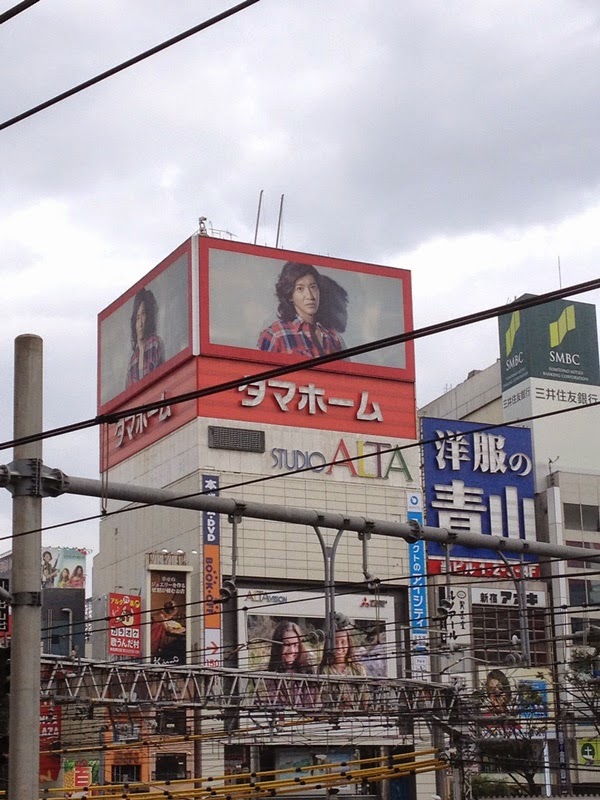 You see what I mean with Kimura Takuya? He's everywhere! Most of the times it's just the repeated ads but at different places in Tokyo. 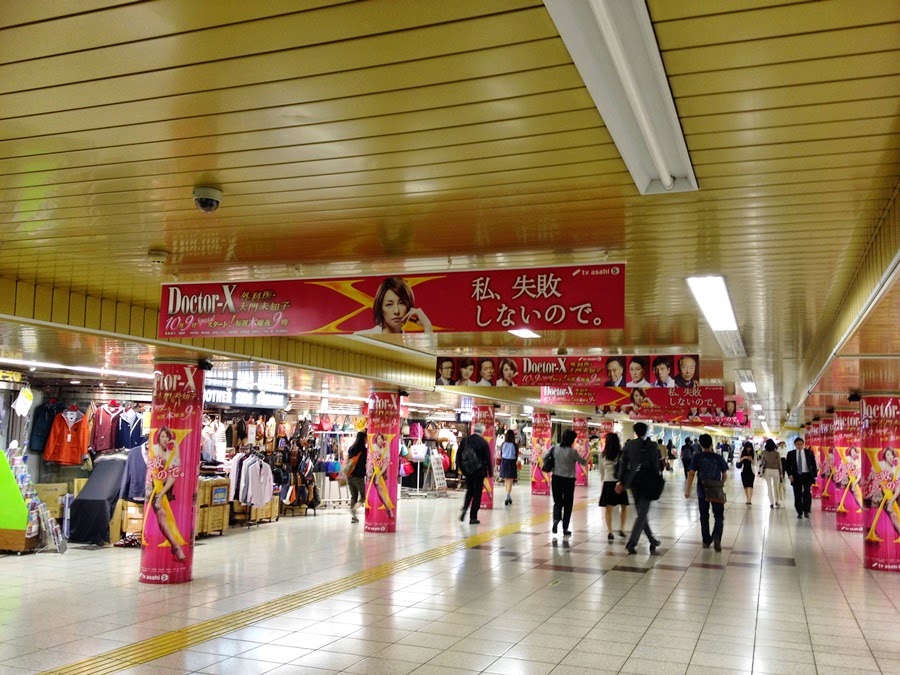 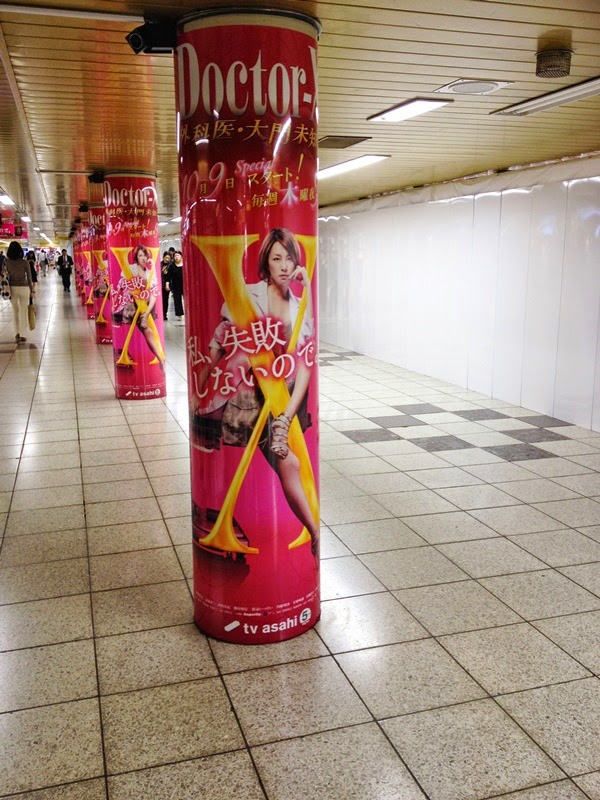 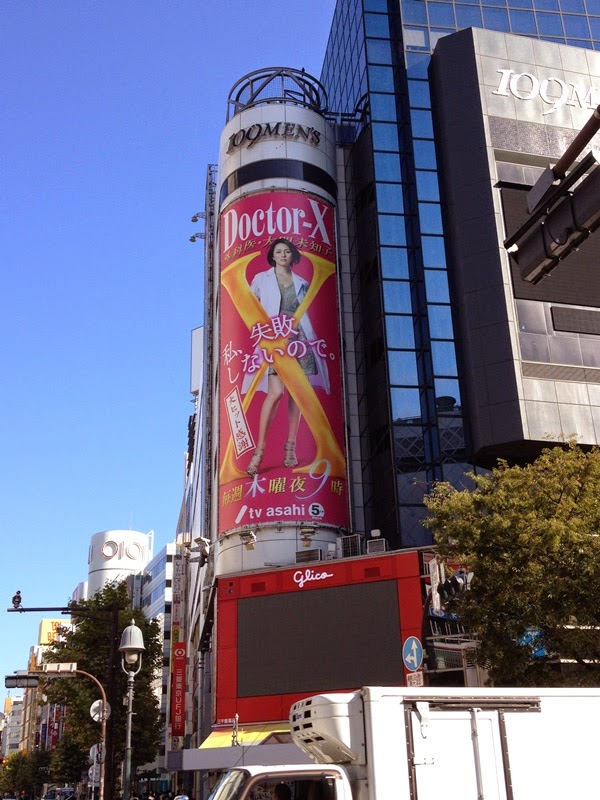 Doctor-X drama. Apparently there was a season 3 which I didn't know of. I thought it was just a drama special or a movie. 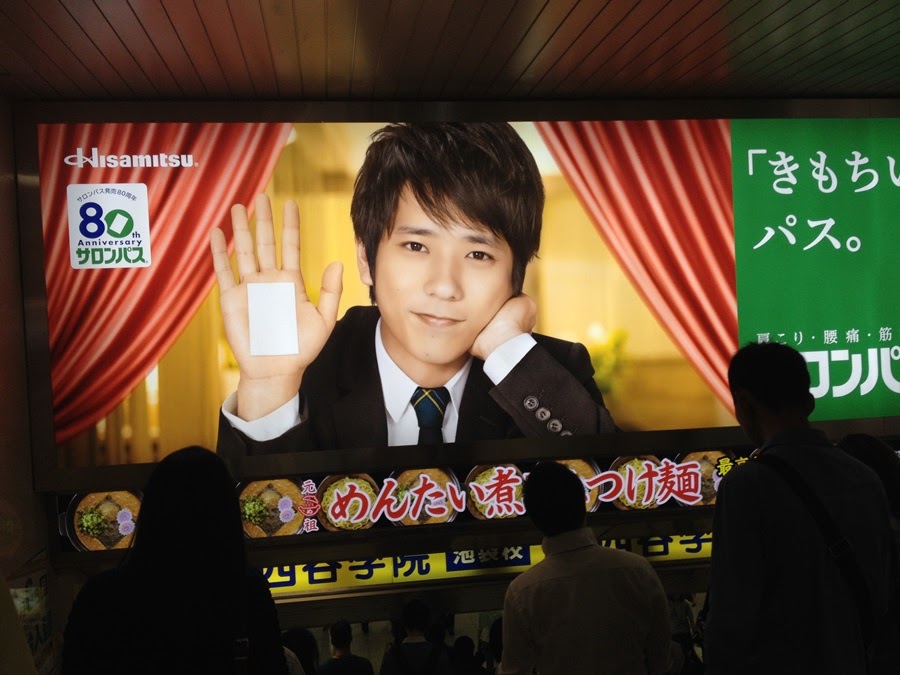 Nino from Arashi advertising for some herb band-aid or something, not exactly sure what it is, lol. 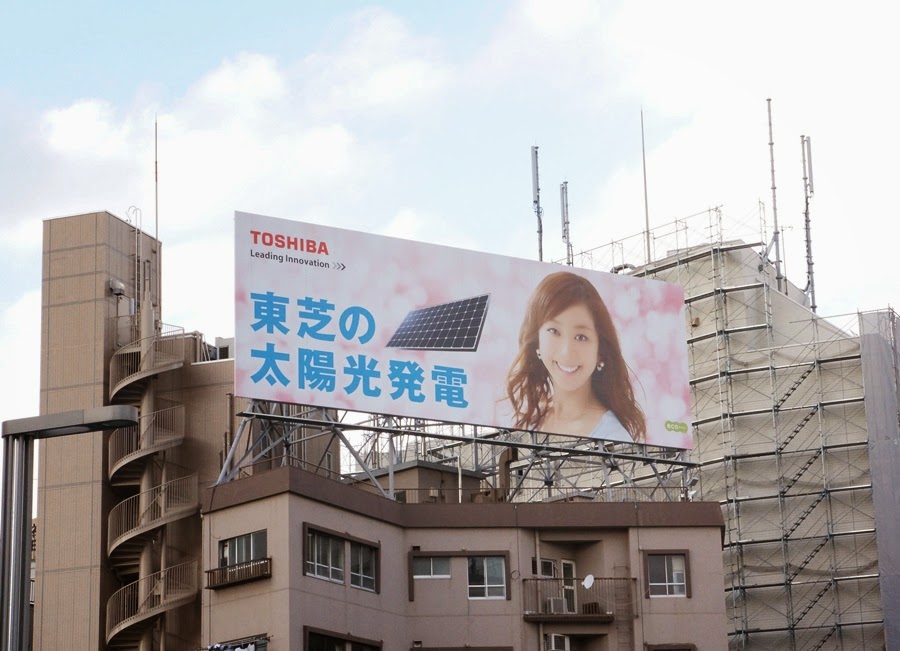 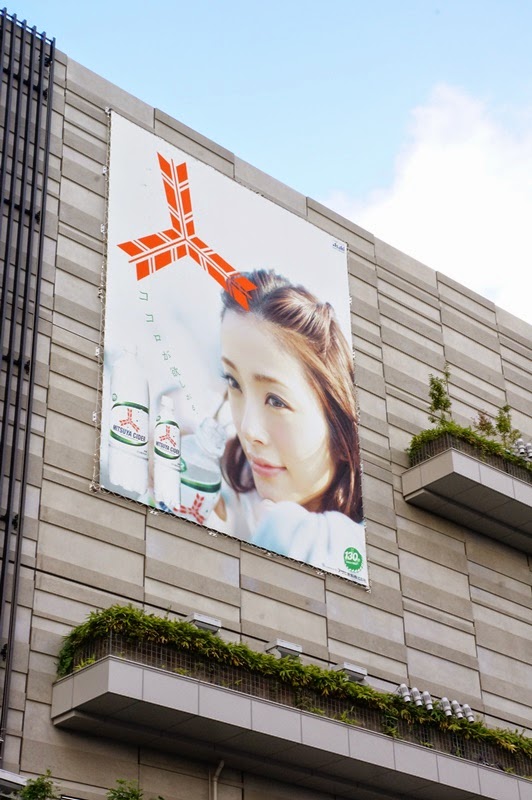 If I have not mistaken, I believe that's Aya Ueto advertising for Mitsuya cider water. 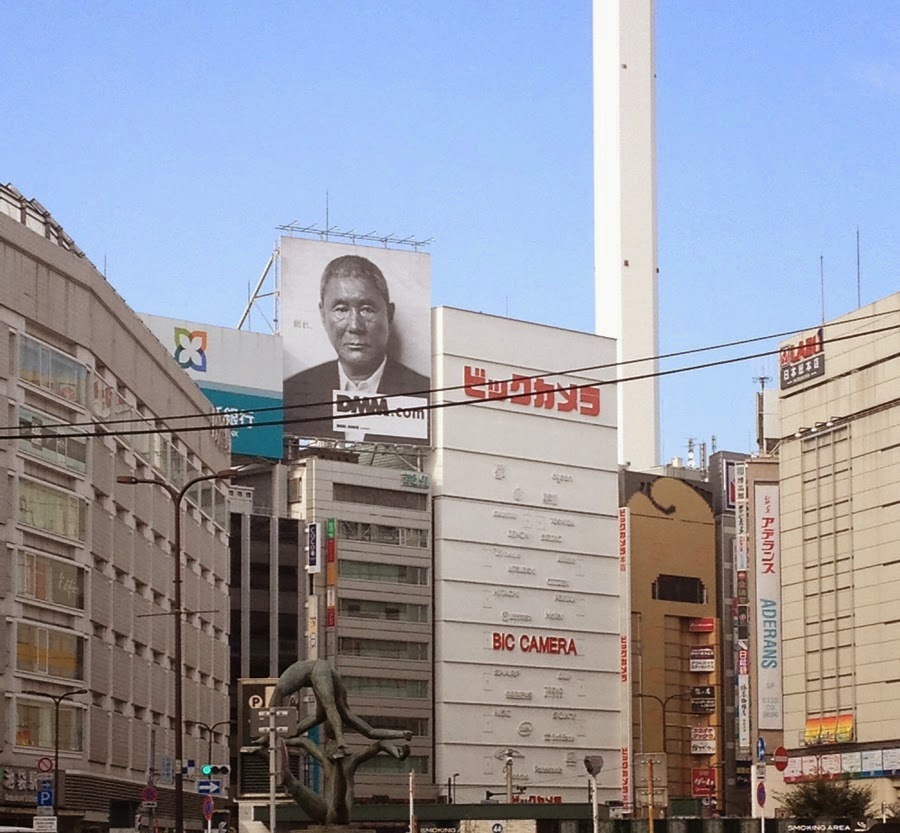 Beat Takeshi! A famous actor and comedian in Japan. He starred in the movie Battle Royale as the teacher. 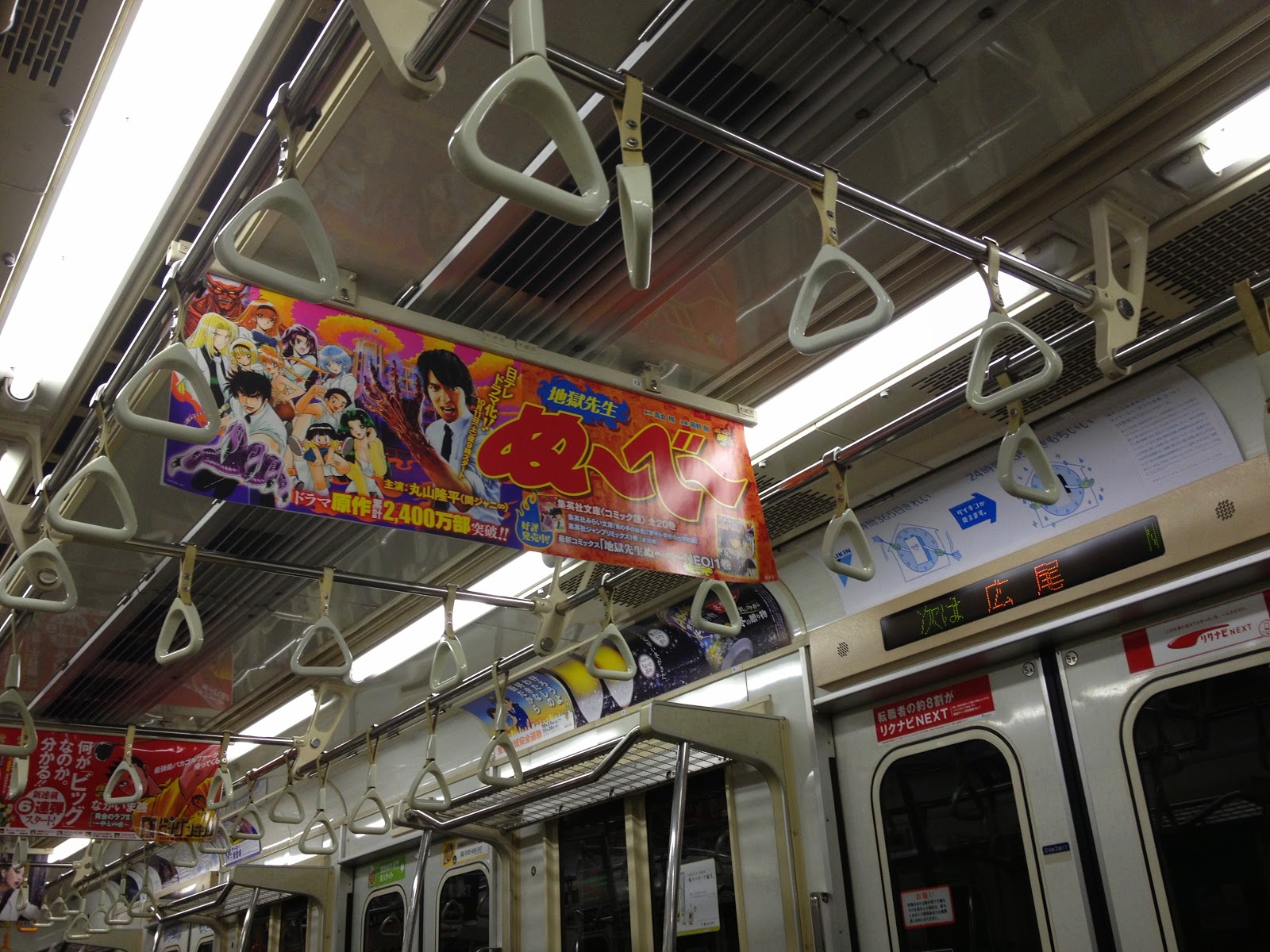 Saw this ad for the anime 地獄先生 (Hell Teacher Nube) with a drama version on the train. I remember this anime when I was a kid. 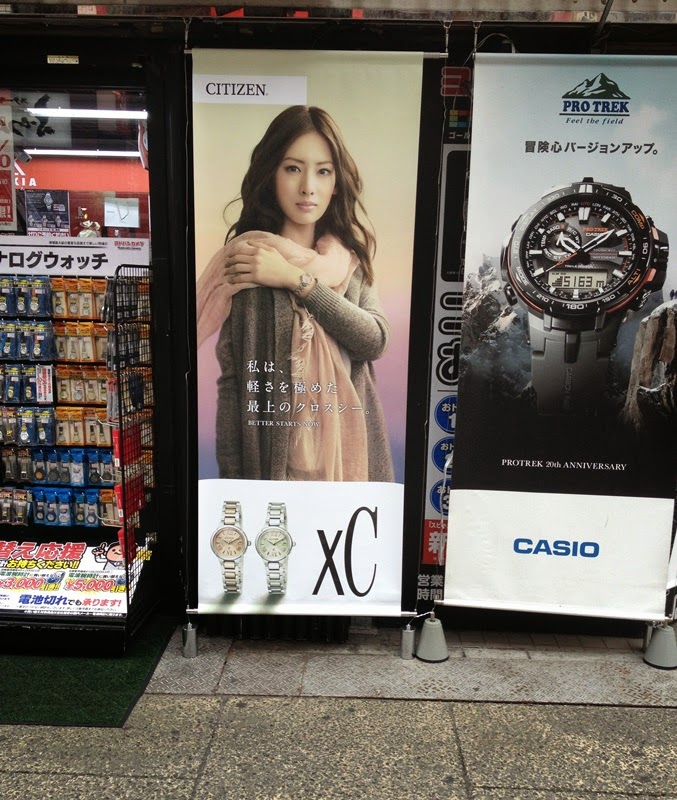 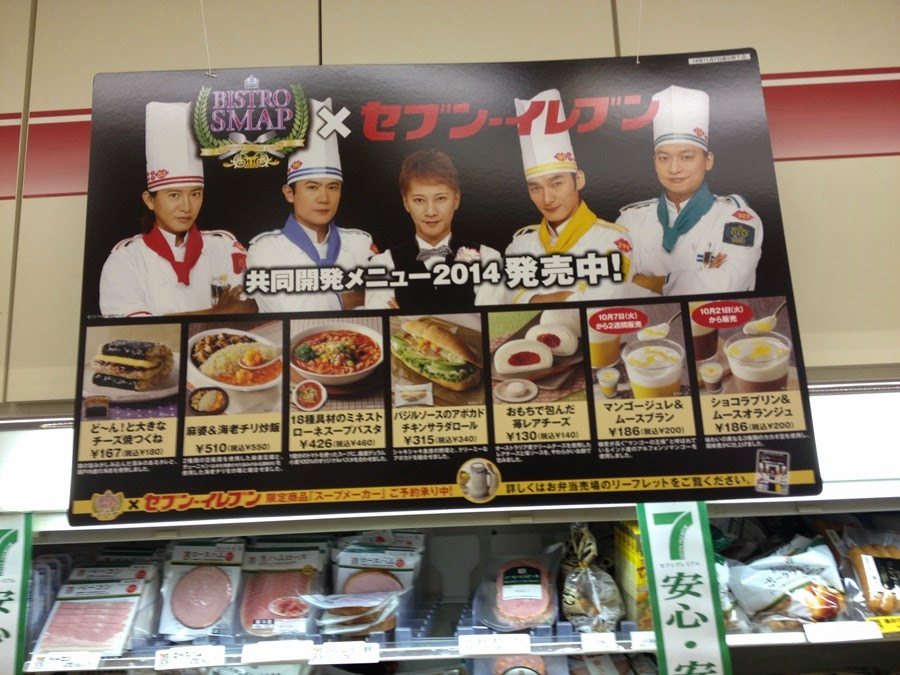 SMAP food! I got to try some at the convenience store and it was pretty good!
Posted by sweet_honeydew at 2:43 PM