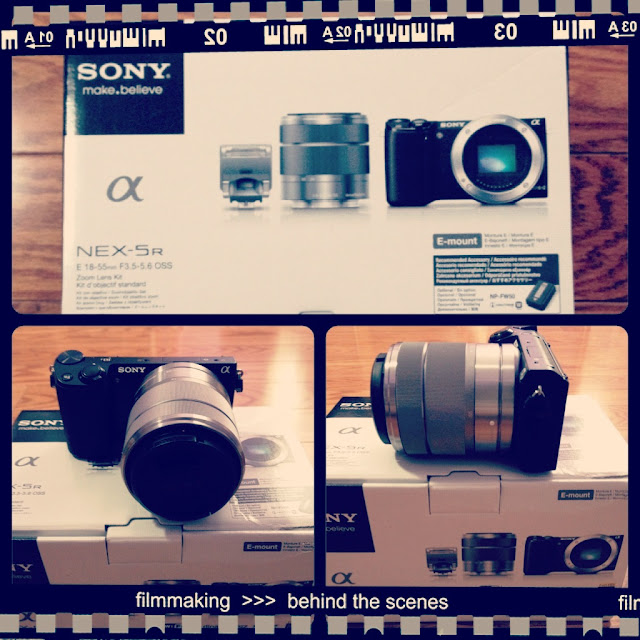 I finally got a new camera. The SONY NEX-5R. I've been wanting to get this camera for so long but I kept putting it off until it went on sale last week and I ordered it online from Bestbuy. I can't explain how excited I was when I received it in the mail. I can't say whether if I like the camera or not yet as I haven't really had time to fully play around with it and test it out. I've been busy this week prepping for job interviews and I have another one coming up this week. So hopefully after next week I will finally have some time to sit down and figure out how to use this camera. This is my first time buying a somewhat professional camera. Although not pro to the extreme of an SLR camera. I thought about it but I'm sort of a "camera dummy" when it comes to advanced and complicated gadgets that requires too much learning. So I think getting a DSLR would be much more suitable for me and more handy to carry in.

Some of the great features of the SONY NEX-5R:

One of the major main reasons why I bought this camera was because it has a self remote function where you can connect the camera to your phone using wi-fi and you can actually see on your phone screen what you're taking a picture of. It's sort of like having the camera LCD screen on your own phone screen. This function is super awesome for fashionistas like myself who love taking self full body outfit photos. Popular blogger Cheesie also uses it! No more crappy and blurry images of full body coordinate shots taken in front of a mirror with the iPhone. XD 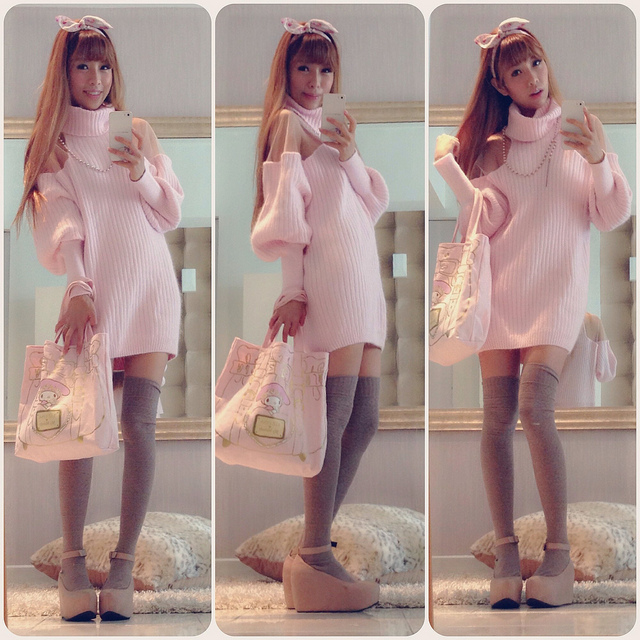 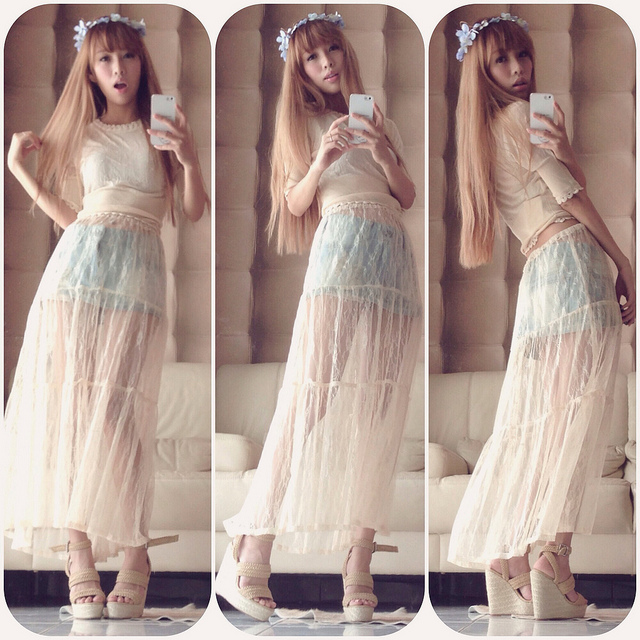 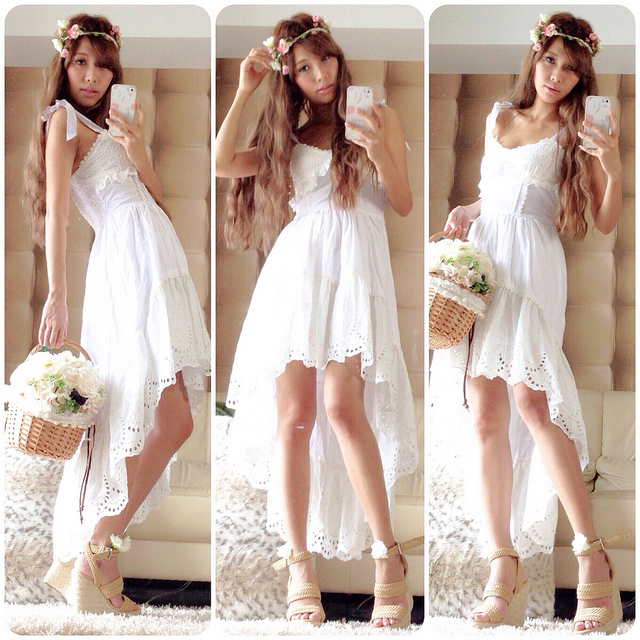 Some examples of what I mean with the self remote function using a phone device. Pictures are taken from Cheeserland's blog. She basically placed the camera on a tripod and used her iPhone as a "control" to take those full body snapshots that look like as if she's standing in front of a mirror to take the pictures. Isn't it so awesome?!

I've tried using this function today for a short little while and it works great. I haven't tried taking a full body shot of myself yet like in the above pictures but I hope it turns out as great as Cheesie's. I've always admired how clear her pictures turn out! I'm so excited to do my own fashion coordinate shots. I can finally say goodbye to taking full mirror pictures with my iPhone.

And also now that I bought a new camera, you can expect much more higher quality photos to be uploaded on my blog in the future! First I need some time to figure out how to use all the features and functions on the camera and get the hang of it, lol.
Posted by sweet_honeydew at 6:26 PM