I'm back logging this post because I didn't get to post it in time until now. I went to watch the Minions movie with my friend Stephanie on Friday which I have been soooo excited to watch! I even watched the trailers soooo many times before seeing the movie in theatres. XD I have never really been that minions obsessed when I watched both the Despicable Me movies but the minions movie was just toooooo cute! (｡♥‿♥｡) I love Kevin, Bob and Stuart, especially Bob and Stuart. Stuart is just hilarious and Bob is way too cute that he looks like a little teddy bear and I just want to hug him! 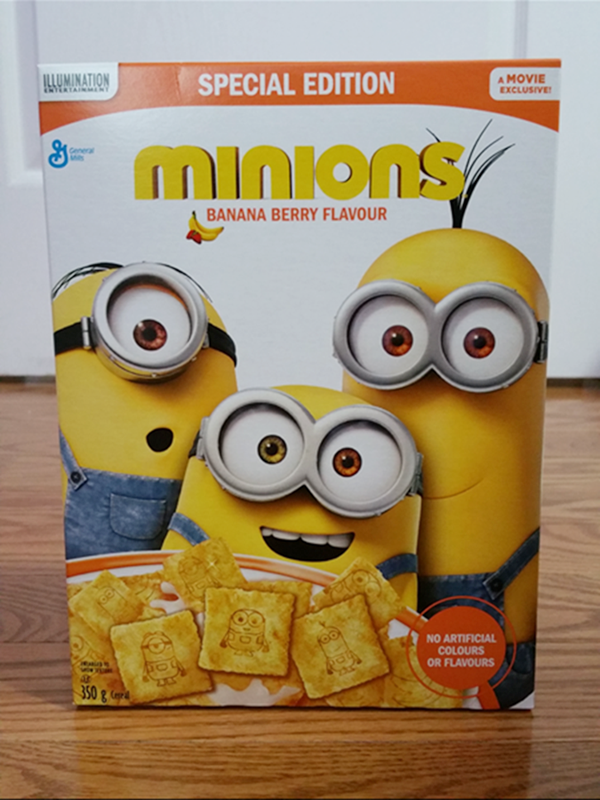 I went shopping at Wal-Mart a few weeks back and found this movie special edition of minion banana berry flavour cereal. I needed to get a new breakfast because I was almost done eating the breakfast I had at work and this was just perfect! I bought it because I thought the cereal pieces had the minion characters on them but it actually doesn't! OMG what false advertisement. I was quite disappointed when I opened the bag of cereal and discovered that there were no minion pictures on any of the pieces. T___T But the cereal does taste pretty good though and I'm actually almost done eating the entire box, lol. 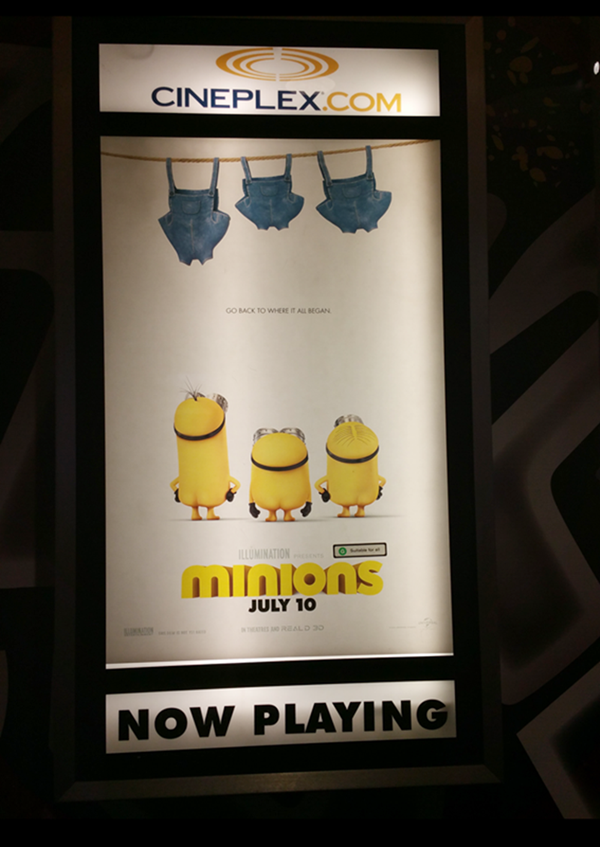 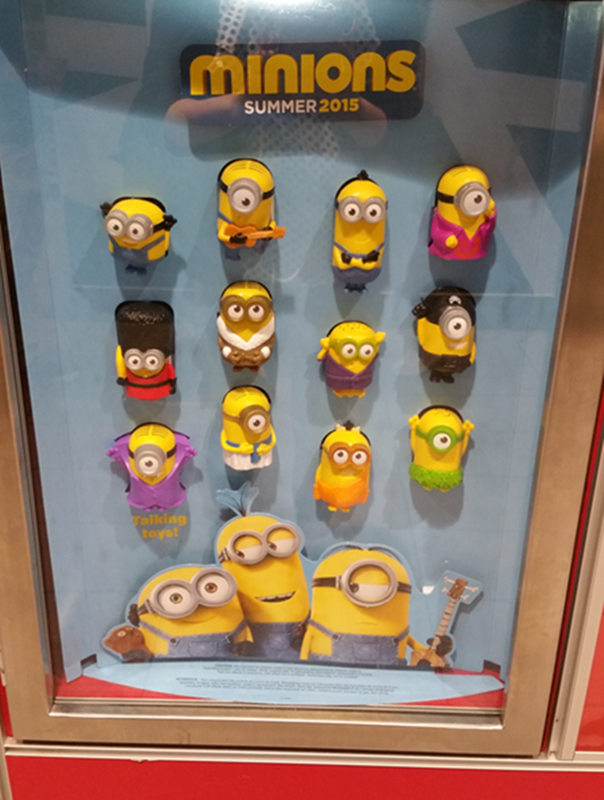 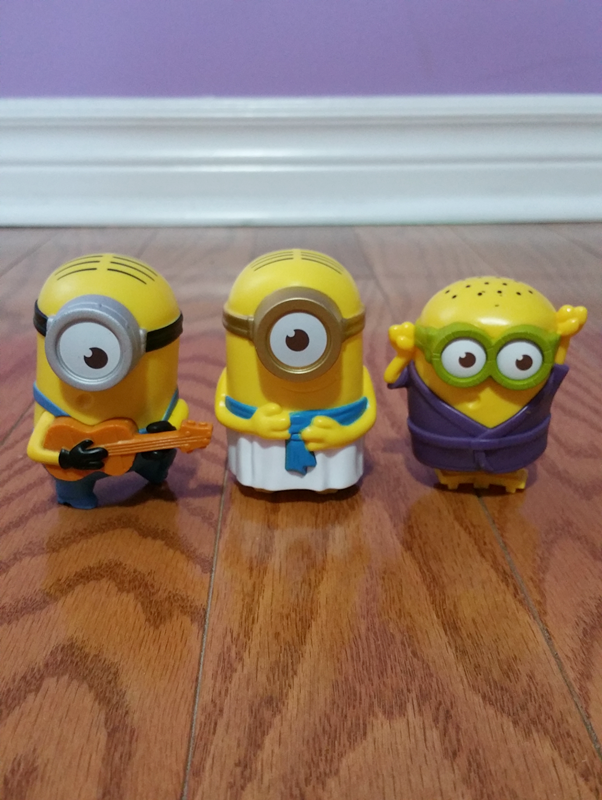 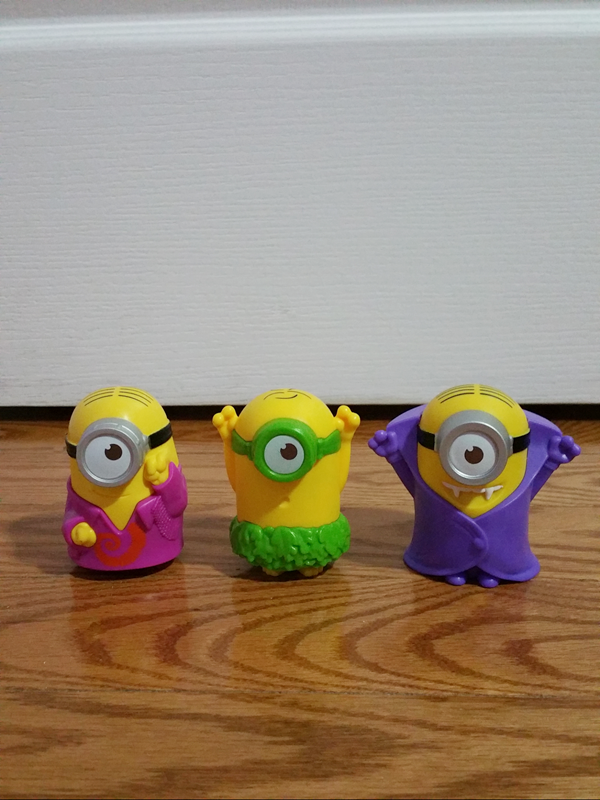 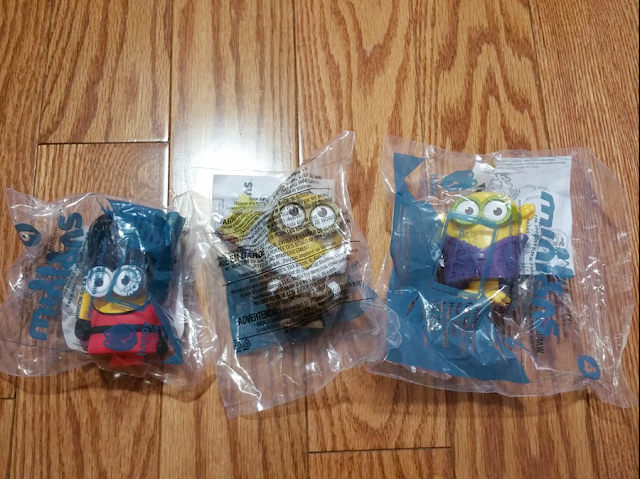 McDonald's Happy Meal Minion toy hunt! So I didn't know that you could actually just buy the toy and not get the happy meal at McD's until a friend told me. I never collected the other minions collection for the Despicable Me 2 movie but I decided to get them this year because I wanted them for a reason (which you will find out why in the post at the end) and I didn't really want to collect all 12 of them, just specific ones that I liked. =P I really wanted Bob and Kevin because I have Stuart and I wanted to at least have a complete set of all 3 of the main characters but I couldn't get them. (TT___TT) I exchanged some of my minions with a friend to get the ones I wanted too, lol.

So why did I want to get the minions? Because I wanted to take photography pictures with them such as like in the pictures below. 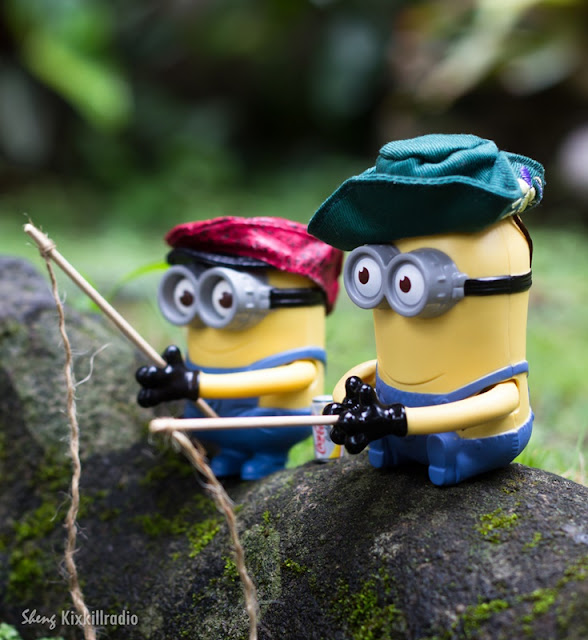 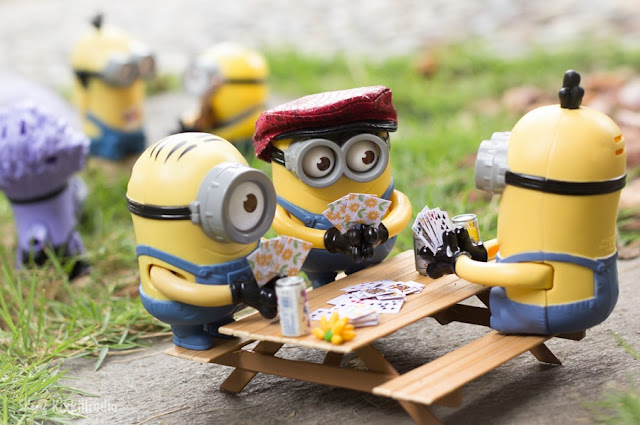 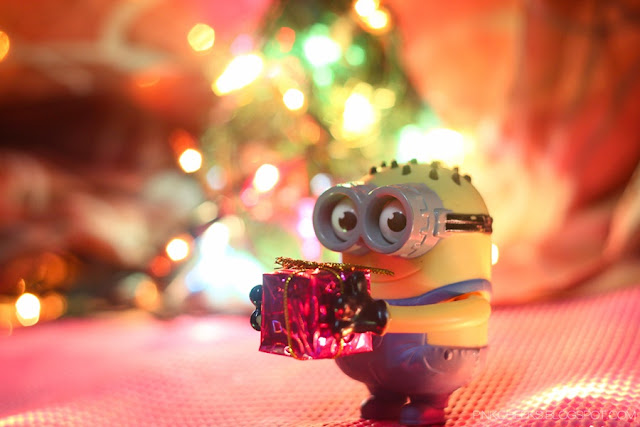 I have been seeing these super cool and amazing minions photography pictures all over tumblr and instagram that I got inspired to get some minions toys so I can take my own pictures with them. XD I'm so excited to go out and take some pictures with my own minion toys and can't wait to share them on my blog! =D
Posted by sweet_honeydew at 3:06 PM